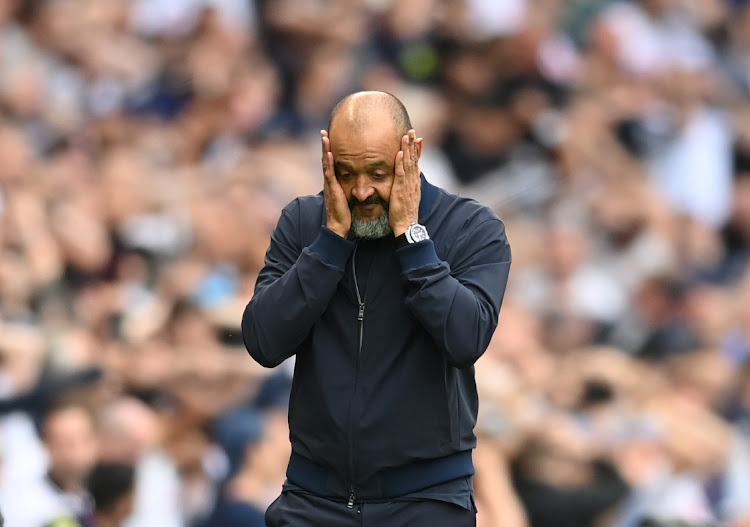 Bengaluru — Tottenham Hotspur have sacked manager Nuno Espirito Santo, the Premier League club announced on Monday, after a 3-0 home loss to Manchester United  at the weekend left the London side eighth in the table.

Spurs topped the Premier League standings in August after winning their opening three games but lost for the fifth time in the league to now sit 10 points behind leaders Chelsea.

Nuno’s coaching staff have also been relieved of their duties. The club have not yet announced a replacement but British media reported former Chelsea and Inter Milan boss Antonio Conte is linked.

“I know how much Nuno and his coaching staff wanted to succeed and I regret that we have had to take this decision,” Spurs’ MD of football Fabio Paratici said.

Nuno was appointed as Jose Mourinho’s permanent replacement on a two-year deal in the close season after impressing during his four campaigns at Wolverhampton Wanderers.

The 47-year-old is the third Premier League manager to lose his job since the start of the season after Watford sacked Xisco Munoz while Newcastle United parted ways with Steve Bruce following the Saudi-led takeover.

Nuno had a bright start at Spurs, beating champions Manchester City on the opening day and winning August’s manager of the month award after three victories. It was the club’s best start to a Premier League season.

However, their season unravelled after defeats in four London derbies against Crystal Palace, Chelsea, Arsenal and West Ham United.

The 3-0 loss to United without a single shot on target had Spurs fans booing Nuno and chanting: “You don’t know what you’re doing.”

Spurs, the Champions League finalists in 2019, have also struggled in the Europa Conference League, Uefa’s new third-tier competition. They sit third in their group, behind Rennes and Vitesse Arnhem, with only one win from three games ahead of their next fixture against Vitesse on Thursday.

Nuno had been unable to implement an attacking philosophy at Spurs, the very reason club chair Daniel Levy had sacked Mourinho in a bid to find someone who could help them play “free-flowing, attacking and entertaining” football.

Spurs scored only nine goals in 10 league games and the club have the worst goal difference (-7) after bottom clubs Norwich City and Newcastle.

Nuno also struggled to get the best out of England striker Harry Kane, who had failed to negotiate a move away from the club during the close season. Kane, last season’s winner of the Golden Boot with 23 goals, has scored only once in nine league appearances this season.