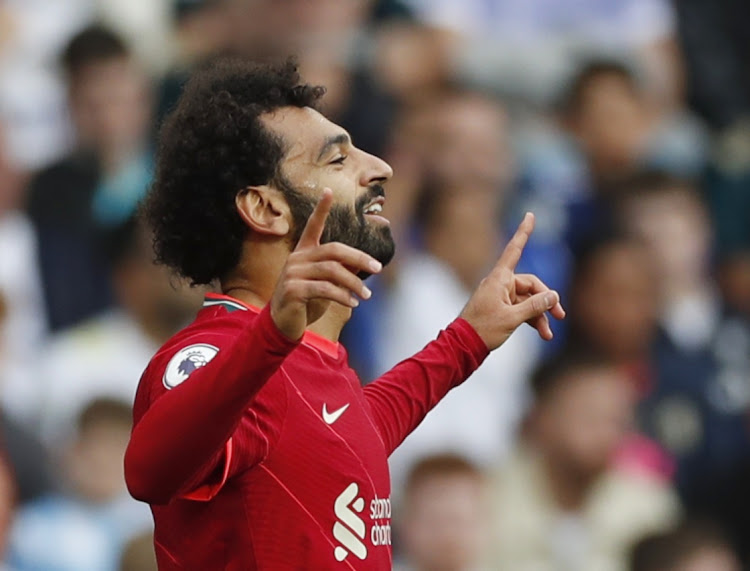 London - Another wonder goal by Mohamed Salah in Liverpool’s demolition of Watford at the weekend had Reds manager Juergen Klopp singing the Egyptian’s praises.

With the ball appearing to be tied to his boot laces, Salah produced a moment of magic that put Liverpool two up, the fans in raptures and Klopp proclaiming Salah the world’s best footballer at present.

Roberto Firmino may have bagged a hat-trick but it was the name of Mohamed Salah that was on everyone’s lips after Liverpool’s 5-0 thrashing of Watford that featured another wonder goal from the Egyptian.

Salah started with a sublime early pass to tee up Sadio Mane for the opening goal, but it was his second-half strike that stunned fans and reignited the discussion as to whether he is the best player in the world at the moment.

Surrounded by defenders, he somehow manoeuvred himself into a sliver of space before sending a defender the wrong way and firing the ball into the net for another stunning solo finish, leaving manager Klopp to declare him as the best player on the planet at the moment.

Encouragingly for Liverpool, all of their forward line got on the scoresheet but Salah following up his magnificent goal against Manchester City with this effort puts him in a class apart.

High-profile off-season signings were expected to turn Manchester United into genuine Premier League title contenders this term but a draw and two defeats in their past three games suggest it will again be a tall order.

The 4-2 fiasco at Leicester City, who headed into the clash on the back of a four-game winless streak, exposed United’s weaknesses in all departments, most glaringly a vulnerable and error-prone defence.

The result will only have piled more pressure on manager Ole Gunnar Solskjaer, who has come under intense scrutiny from droves of fans.

With Jadon Sancho and Raphael Varane still finding their feet, Cristiano Ronaldo’s blistering return to United and the Premier League has faded in the last few games as he failed to make any impact against the Foxes.

The setback was only the start of a testing month for United as they clash with fellow heavyweights Manchester City and Liverpool while they also face Tottenham Hotspur and a Champions League double-header with Atalanta.

Chelsea coach Thomas Tuchel was forced into another change of his back line against Brentford on Saturday, and the way his defenders held out against a late bombardment by the hosts underscored why the Blues are seen as serious title contenders.

With Antonio Rudiger injured and Thiago Silva back from Brazil duty too late to play, Tuchel gave Malang Sarr, 22, his league debut alongside Trevoh Chalobah, who was making only his fourth start for the Blues, and Denmark’s Andreas Christensen.

As Brentford subjected Chelsea to intense pressure in the last 25 minutes, Tuchel made a point of applauding Frenchman Sarr as he matched the pace of winger Bryan Mbeumo, helping the Blues to hold on for a 1-0 win that kept them top of the table.

“We trust the guys who are young. If you don’t play you cannot get experience,” Tuchel said.

Norwich continue to falter in attack

Norwich kept a second successive clean sheet in a 0-0 draw with Brighton & Hove Albion and though manager Daniel Farke looked at it as a sign of improvement, his team have only scored twice this season to sit bottom of the standings.

Teemu Pukki netted eight in the opening eight games in their last Premier League campaign in 2019-2020 but the Finnish striker — the club’s sole goal scorer with two strikes — has been unable to replicate that form in his second top-flight season.

With attacking midfielder Todd Cantwell sidelined with injury and their best creator, Emiliano Buendia, having swapped Norwich for Aston Villa, Farke’s side are struggling in the final third.

New, trim Keagan weighs in with two goals and an assist against Chippa United
Sport
6 months ago

Rulani Mokwena says players return from national duty injured or tired, and Bafana does not communicate
Sport
6 months ago