New, trim Keagan weighs in with two goals and an assist against Chippa United 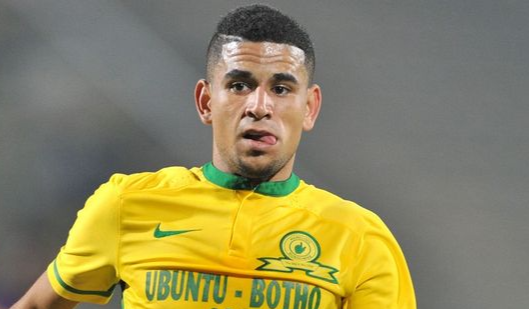 Dolly‚ who was overweight at the beginning of the season‚ was in imperious form for Amakhosi during their 4-0 Premier Soccer League (PSL) demolition of Chippa United on Saturday at FNB Stadium‚ where he scored two brilliant first-half goals.

To go with his two goals‚ the 28-year-old also contributed an assist in what was possibly his best performance for Chiefs since he joined them from French side Montpellier in the off-season.

He returned to form to ensure the birthday celebrations of Chiefs chair Kaizer Motaung were not spoilt.

Bafana Bafana coach Hugo Broos was in attendance at FNB Stadium and witnessed the champagne performance.

“I am very pleased with the result‚ the character the players showed and especially pleased with Keagan Dolly because he was outstanding‚” Baxter said after Chiefs snapped a lean run of four matches without a win.

“He impressed with his pressing of the ball‚ his one-versus-one play with or without the ball‚ his hard work and the goals he scored. I am very pleased for him and it was nice to give the chairman three points on his 77th birthday.

“He’s worked very hard. I can’t accept responsibility because from a coach comes inspiration and from the player comes motivation. If you give him a plan and he sticks to it is good.

“He hadn’t played for a long time and I am sure you understand that when you are out of the team‚ you are not part of the set-up‚ you are not playing‚ you lose your motivation and maybe you lose that drive that keeps you in top shape.”

Baxter said Dolly was overweight when he arrived at Naturena and they had to manage him properly.

“He was a few kilos overweight. He needed to work on that and I didn’t want to shove him in because the touch and vision doesn’t go‚ the left foot doesn’t go.

“You are tempted to throw him in but we have managed him carefully up to where he is today and I think he is in good shape.”

Amakhosi return to league action with a tough away assignment to second-placed SuperSport United‚ who have won three and drawn two of the past five matches‚ at Lucas Moripe Stadium on Sunday.

Congolese side equalise twice against SA champions
Sport
3 months ago