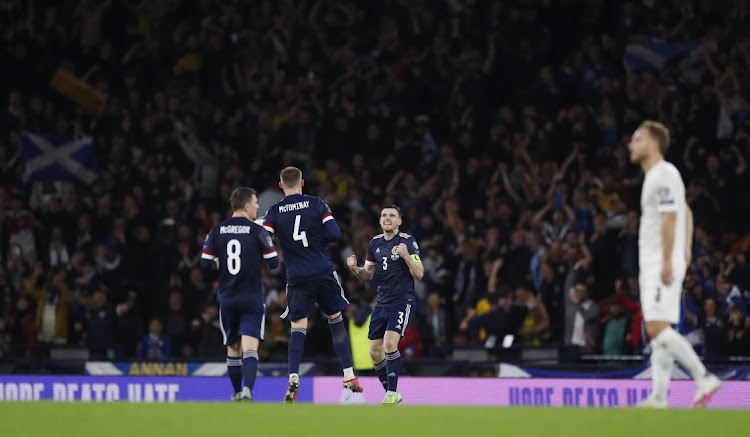 The “Hampden Roar” propelled Scotland to a last-gasp victory in the World Cup qualifier against Israel and could have spooked their opponents, manager Steve Clarke said after Saturday’s 3-2 win kept his side on course for Qatar.

It was the first sell-out 52,000 crowd at Hampden Park since 2017 and, after more than a year of football without crowds due to the Covid-19 pandemic, the impetus boisterous spectators can give to a team was highlighted as the Scots twice came from behind to consolidate second place in Group F.

Clarke said the noise that greeted the signal from the fourth official that six additional minutes would be added on at the end of 90 minutes proved the turning-point as Scott McTominay netted the winner four minutes into stoppage time.

“Six minutes goes up [on the board] and the crowd give that roar. I don’t know if it spooked the Israelis,” Clarke said. “But it certainly seemed to give us an extra bit of impetus and we get the winner and it turns out to be a great night. You see what it means for the supporters at the end of the night which was great for us.

“It was a good time to score a goal and then see the game out. In the context of the group, it’s a big three points,” Clarke said.

Scotland consolidated second place in the group on 14 points, four ahead of third-placed Israel with three matches each to play, keeping alive hopes of a first World Cup finals appearance since 1998.

Denmark lead the standings with a 100% record after seven games and should qualify automatically for next year’s finals in Qatar but second place would send Scotland into the March playoffs.

“It puts us in control of the position. But you’ve got to put the lid on it because it’s only three points and we need three more on Tuesday against the Faroes. That’s the next target, another cup final,” Clarke said.