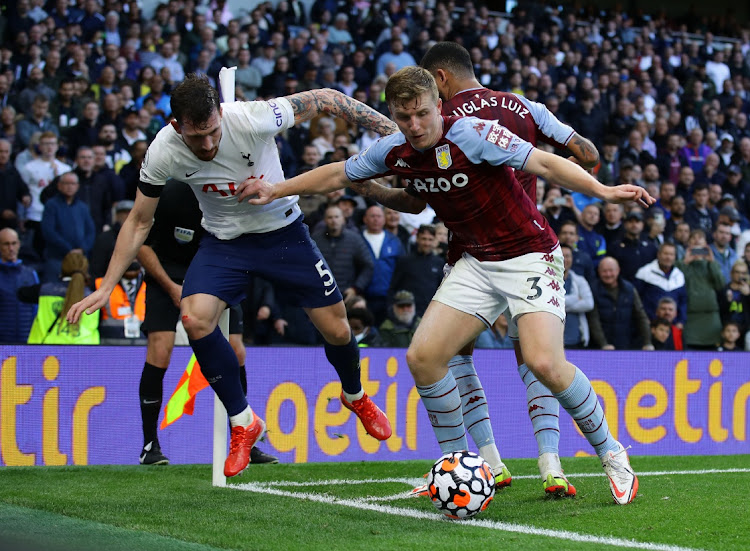 London - Tottenham Hotspur ended a run of three successive Premier League defeats as Pierre-Emile Hojberg and a Matt Targett own goal secured a 2-1 home win over Aston Villa on Sunday.

It was a much-needed fillip for a Tottenham side who have plummeted down the table since winning their first three games, easing the pressure on manager Nuno Espirito Santo.

Son Heung-min failed to score for Tottenham but the industrious South Korean was the architect of their win.

It was his clever pass which allowed Danish midfielder Hojberg to open the scoring in the 27th minute and his brilliant run and cross towards Lucas Moura which ended with Targett getting the final touch in the 71st minute.

Villa had equalised when Ollie Watkins, recalled to the England squad this week, opened his league account for the season with a tap-in.

Victory lifted Tottenham to eighth place with 12 points while the end of Villa’s three-match unbeaten league run left them 10th with 10 points.

Yoanne Wissa struck a dramatic 94th-minute winner to give Brentford a 2-1 victory over West Ham United at the London Stadium  as the promoted side continued their superb start to life in the Premier League.

The game seemed to be heading for a draw before Wissa scored from eight yards after Lukasz Fabianski had failed to keep out a towering header from Pontus Jansson.

Brentford flew out of the blocks and almost netted twice in the opening exchanges before Bryan Mbeumo made the pressure count in the 20th minute when he slotted home after Fabianski could only parry a low drive from Sergi Canos.

West Ham were sharper in the second half and nearly equalised through former Brentford winger Said Benrahma, whose curling free kick was smartly tipped over by David Raya.

The home side were rewarded in the 80th minute when Jarrod Bowen lashed home a fine half-volley after Aaron Cresswell’s corner.

Brentford moved up to seventh place in the table with 12 points. West Ham are a point behind in ninth.

Crystal Palace fought back from two goals down to earn a 2-2 home draw with Leicester City as substitutes Michael Olise and Jeffrey Schlupp cancelled out first-half goals by Kelechi Iheanacho and Jamie Vardy.