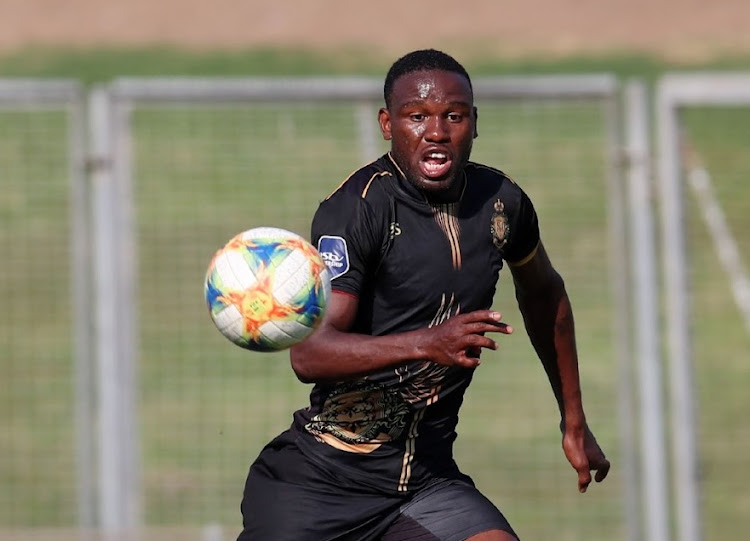 Victor Letsoalo cannot stop scoring at the moment and his fairytale start to the season continued after he spearheaded Royal AM to a hard-fought 2-1 league win against provincial rivals Maritzburg United at Chatsworth stadium on Sunday.

After a tight contest in the first half, Letsoalo finally broke the deadlock when he connected superbly with a pinpoint cross from Tshidiso Monamodi and beat goalkeeper Marcel Engelhardt with a well-taken header in the 70th minute.

While Monamodi’s cross was taken well and sliced the Maritzburg rearguard like a hot knife through butter, Letsoalo still had a lot of work to do as he had to shrug off the attentions of the advancing Engelhardt, Bongokuhle Hlongwane and Riyaaz Ismail.

He beat all three players to score his fifth goal of the season, underlining his value to Royal as they continue to defy the odds in their maiden season in the top-flight.

The talismanic Letsoalo cannot put a foot wrong at the moment and has also forced his way into the national team on the back of impressive performances for a side that came into being after the purchase of the premiership status of Bloemfontein Celtic before the start of the season in August.

Ernst Middendorp, the Maritzburg coach, will have been far from impressed after his side's capitulation and to their credit, their heads did not drop and they did not have to wait for long before clawing their way back into this encounter.

The Pietermaritzburg side built from the back and after tearing through Royal with quick passing, Zukile Kewuti appeared to cross the ball from the other end of the pitch, but his shot took a deceptive twist and sneaked behind goalkeeper Patrick Nyame and into the back of the net in the 85th minute.

Royal did not give up and ensured a full haul of points when Tshepo Rikhotso was the first to react after a free kick from second-half substitute Mfundo Thikazi.

Thikazi’s free kick was saved by Engelhardt but Rikhotso benefited from the rebound to hand Royal the win. It was a fourth win in a row for Royal who moved to third place on the standings.