The team is under pressure to put up a good show, especially because they will have home ground advantage over Stuart Baxter’s ailing side 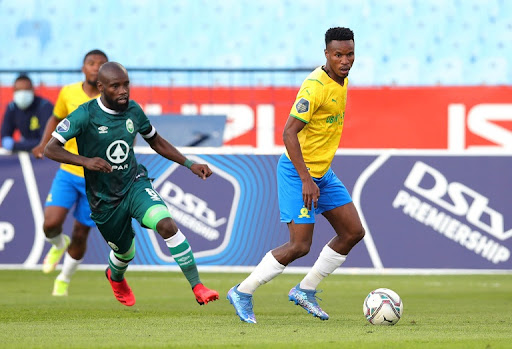 AmaZulu captain Makhehleni Makhaula has likened Kaizer Chiefs to a dangerous snake pretending to be dead when it is actually readying to strike.

The 31-year-old Usuthu skipper offered the warning as his team’s Premiership clash against the struggling Amakhosi looms large at Moses Mabhida Stadium in Durban on Saturday.

Makhaula said there is pressure on his team to deliver, especially because they will have home ground advantage over Stuart Baxter’s ailing side.

“We won’t take Chiefs lightly simply because they lost to Marumo [Chiefs in fact drew with Marumo] or Mamelodi Sundowns or anything,” said Makhaula. “They’re also under pressure to win home or away.

“We always have pressure on ourselves and, as we finished number two last season, everything has to come with good results.”

Makhaula believes a wounded Amakhosi could be dangerous.

“It’s encouraging [that they come with poor form] but it’s also a danger. Sometimes you can think a snake has died only to find out that it will wake up and bite you.”

Like Chiefs, AmaZulu started the current league campaign battling to win matches. Their first league victory came in their most recent match, against Baroka FC, after they had drawn three and lost one in their previous outings.

Makhaula, a midfield grafter, shone in his debut season with Usuthu last season and believes in leading his team by being tough in midfield where he sets up strikers to score the goals.

“I’m not a talkative person by nature,” said Makhaula. “I better lead by showing everyone what to do through my actions on the field. Talking is not my thing, I only talk through my actions. I just tell them ‘let’s go soldiers, we’re fighting now’.

“I think coach Benni [McCarthy] gave me the armband because he saw me working hard, but I don’t talk. My work speaks for itself on the field.

“Captaining the club comes with its own challenges. I’m so happy to be leading the team and it’s one of the achievements for me. I was the captain at Free State Stars. Now I’m really a captain of the club and it comes with its challenges. But it’s nothing I can’t handle.”

Makhaula said he was constantly talking to his teammates when the results were not coming in their first four league matches and he believes their 1-0 victory over Baroka at the weekend will lead to the team regaining their confidence and form of last season.

“I told the players to carry on with what we were doing last season. Even when I’m alone at home I ask myself why things are not happening the way they were last season, but I tell myself maybe things just start this way.

“I was happy that we won our Caf [Champions League match against Nyasa Big Bullets] and we followed that with the win against Baroka. We’re hoping to continue turning things around.”