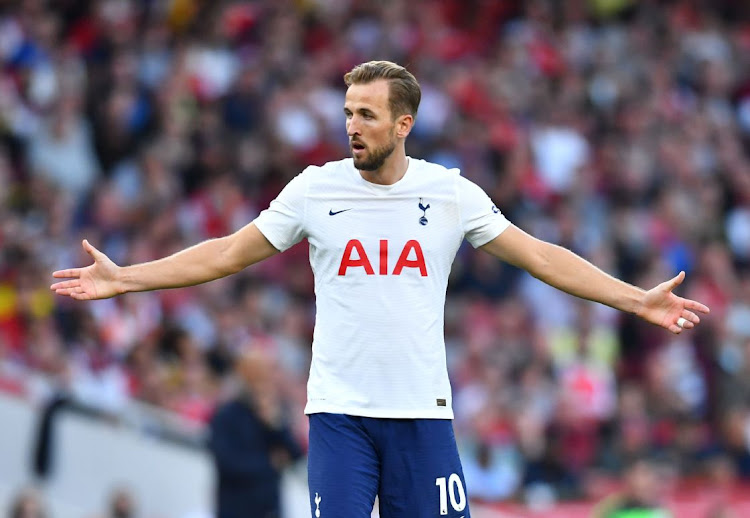 London — Harry Kane is yet to score for Tottenham this season as the London club slides down the league table, and the chances of Bruno Fernandes taking Manchester United’s next penalty are slim.

Kane becoming a problem for Tottenham: When Harry Kane poked a glorious chance wide of the post in Tottenham Hotspur’s 3-1 defeat at Arsenal on Sunday it just about summed up his afternoon at The Emirates.

The England skipper and Tottenham talisman, denied a big-money move in the off-season, has yet to score in the league this season and his display against Arsenal was a far cry from the sort of performances the club’s fans are used to.

He also missed a first-half chance and was culpable for Arsenal’s third goal, as he trod on the ball to gift the hosts possession, then inadvertently played in Bukayo Saka to score as he tried to make amends.

Some Spurs fans vented their anger at Kane at full time, and while he was far from the only player to underperform, his mood looks that of a player who would rather be elsewhere.

Tottenham played hard ball in keeping him at the club, but the current Kane is not the one who has scored 224 goals for Spurs and fans are openly questioning the decision not to cash in on the team’s most valuable asset and use the money to start revamping a squad that looks incapable of challenging for trophies.

Last Man United penalty for Fernandes? There has been much debate as to who will be Manchester United’s penalty taker this season. After Bruno Fernandes’ dramatic last-gasp miss in his side’s 1-0 home defeat to Aston Villa, he may not take another for a while.

When Kortney Hause was adjudged to have handled the ball deep into stoppage time at Old Trafford on Saturday, all eyes were on Fernandes and compatriot Cristiano Ronaldo, with both candidates to take the spot kick.

Fernandes grabbed the ball and never so much as glanced back at Ronaldo, who could only look on as Fernandes missed just his second Premier League penalty. The chances of Ronaldo taking the next one increased tenfold after that.

“Cristiano has probably scored more penalties than anyone else in world football,” coach Ole Gunnar Solskjaer added. “We have two great takers there, it is just a missed opportunity today.”

Liverpool defence exposed by Brentford: Liverpool’s 3-3 draw against newcomers Brentford was a superb spectacle for neutrals, but will worry Jurgen Klopp.

His side, which had conceded only once in the first five league games of the season, suddenly looked vulnerable against Brentford’s high-octane, direct attacking play.

“A wild, wild game,” Klopp said. “Obviously we struggled tonight with their long balls. I was not too happy with how we started the game and that’s how we conceded the goal, a little bit. It was a situation we could have been more organised.”

Brentford’s display might just be the blueprint for managers seeking to knock Klopp’s side out of their stride.

Tuchel for once found wanting: Thomas Tuchel has barely put a foot wrong since taking charge of Chelsea in January but Saturday’s 1-0 defeat by Manchester City was a chastening one for the German.

Having won his three previous encounters with City counterpart Pep Guardiola, it appeared Tuchel had the Spaniard’s number. But his defensive tactics were exposed on Saturday as City deservedly won 1-0 thanks to a Gabriel Jesus goal.

An overly cautious Chelsea, who at times seemed to be playing with eight defenders on the pitch, did not register a shot on target and record signing Romelu Lukaku was isolated in attack as City dominated and could have won by more.

Jimenez goal a heartening sight for Wolves: One of the most heart-warming sights of the season so far was Wolves striker Raul Jimenez opening his account for the season with a superb winner against Southampton on Sunday.

After five games without a goal, there were doubts whether the Mexican had got over the trauma of a skull fracture that sidelined him for most of last season.

But after his sensational solo effort his joy was evident and as he removed his protective headgear at the end of the game the relief was obvious. Wolves will hope his return will now kick-start their season.