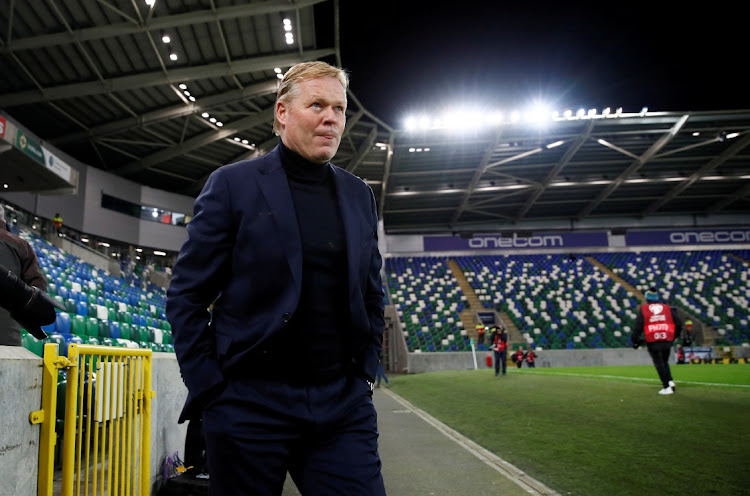 Barcelona coach Ronald Koeman took no questions in a brief news conference on Wednesday and instead read a statement saying the underperforming club was in a period of transition and the process required patience.

The Dutch coach’s position has become more precarious in the last week after a 3-0 thrashing at home by Bayern Munich in the Champions League and Monday’s surprise 1-1 draw at home to Granada in LaLiga, leaving his side with eight points from their opening four games.

Speaking before Barca’s LaLiga game away to Cadiz on Thursday, he said the club trusted him to lead the team through a period of transition and the focus would be on young players.

“The club is with me in this period of reconstruction. We have to reconstruct the team as a squad without making big investments and this takes time,” Koeman told a virtual news conference.

“The young talents we have can become world stars in a couple of years. The young players will have opportunities, just as Xavi and [Andres] Iniesta had in their day, but we ask for patience.

“Finishing high in the table would be a success on its own and in the Champions League we cannot expect miracles. The defeat against Bayern should be taken with perspective. The team should be supported, with words and with actions.”

Koeman has become spiky in recent media appearances as his role has been more questioned.

After the heavy defeat by Bayern he said he was tired of answering questions about his future, while he had another heated exchange with reporters after the draw with Granada.

His relationship with president Joan Laporta has also become strained after he criticised the club’s chief in an interview with Dutch media for undermining him, saying he “says too much”.

Laporta has released two videos in the last week on social media addressing fans on the team’s predicament and also asking for them to be patient while the club deals with its colossal debt, which led to top scorer Lionel Messi leaving in August to join Paris St Germain.

“Stay calm, we know what we have to do and we will fix this,” Laporta said in the latest video released on Tuesday.

Vice-president Eduard Romeu, meanwhile, told newspaper Sport on Wednesday that fans will need to be patient with the club for the next two years while it gets its house in order.

“We ask for two years of patience from the fans. We ask for them to stay calm, even though it’s not easy after winning so much,” he said.