London — Jimmy Greaves, one of England’s most prolific strikers, has died at the age of 81, Premier League club Tottenham Hotspur said on Sunday.

Greaves, who suffered a stroke six years ago, started his career with Chelsea and scored a then club-record 124 league goals for the London club between 1957 and 1961.

Tottenham said in a statement that Greaves, who also had a short spell with Italian club AC Milan, died at his home in the early hours of Sunday morning.

Greaves scored for Tottenham in the 1962 FA Cup final as they retained the trophy and he netted twice in the European Cup Winners’ Cup final victory in 1963. He won another FA Cup with Spurs in 1967.

Greaves’s record of 357 goals in the English top flight remains unsurpassed 50 years after he retired as a professional in 1971. 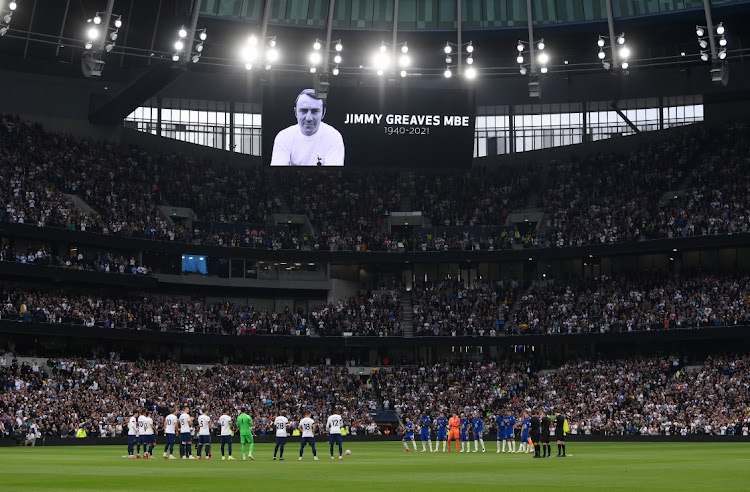 Fans, players and officials observe a minute's applause in memory of Jimmy Greaves prior to the Premier League match between Tottenham Hotspur and Chelsea at Tottenham Hotspur Stadium in London, England, September 19 2021. Picture: LAURENCE GRIFFITHS/GETTY IMAGES
Next Article