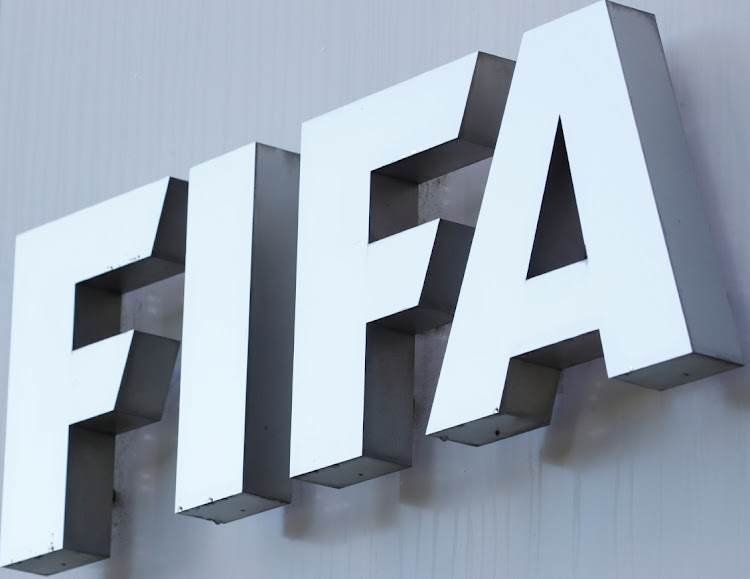 Fifa's logo is seen in front of its headquarters in Zurich, Switzerland. Picture: REUTERS/ARND WIEGMANN

London — European clubs have accused world soccer’s governing body Fifa of abusing its regulatory function in a growing row over the extended release of players for World Cup qualifiers in September and October.

The Premier league and Spain’s La Liga both said they backed clubs refusing to make players available for matches in South America.

Premier League sides will be particularly hard hit by Fifa’s decision to extend a mandatory release period from nine to 11 days, to enable triple-headers to take place in South America.

England’s strict quarantine rules have added to the headache, with the Premier League saying no exemption had been granted by the government for soccer players.

Liverpool had already refused to allow forward Mohamed Salah to travel to Africa for World Cup qualifiers with Egypt next month because he would be forced to quarantine on his return to England.

The same measures could affect Liverpool’s Brazilian trio of Roberto Firmino, Alisson Becker and Fabinho, who have been called up for September’s qualifiers against Chile, Argentina and Peru.

Brazil, Chile, Argentina and Peru are all on the British government’s “red list” of countries that trigger a 10-day hotel quarantine to guard against the spread of Covid-19.

“Premier League clubs have today reluctantly but unanimously decided not to release players for international matches played in red-list countries next month,” the league said in a statement.

Premier League players would potentially miss two matches if they quarantined on their return.

Spain’s La Liga said in a statement it would support clubs refusing to release their players for the South American qualifiers.

“At the moment there are 25 players from 13 different clubs [affected], a number that could be expanded when the calls of Ecuador and Venezuela are announced,” it said.

“The Spanish association understands that the world calendar cannot and should not be changed in this way, especially if there are alternative solutions.”

It said affected clubs would be summoned to a meeting in coming days.

With World Cup qualifiers also in Africa, Asia, the Concacaf region and Europe, the clubs are on a potential collision course with Fifa.

The European Club Association (ECA) wrote to members, in a Q&A document seen by Reuters, saying Fifa had taken decisions unilaterally and “against the explicit objection of ECA and the rest of the stakeholders”.

“ECA has firmly expressed its objection to Fifa’s decision and has urged Fifa to review its position,” it said.

“ECA will not accept that a governing body like Fifa abuses its regulatory function in order to place its commercial interests and those of its member associations above the physical wellbeing of players and legitimate sporting interests of clubs.”

The ECA said Fifa had decided in August, at the request of South American confederation Conmebol, to extend the mandatory release period “in complete disregard to the clubs’ interests”.

It said Fifa was unlikely to change its decision and the ECA would have to consider what action to take.