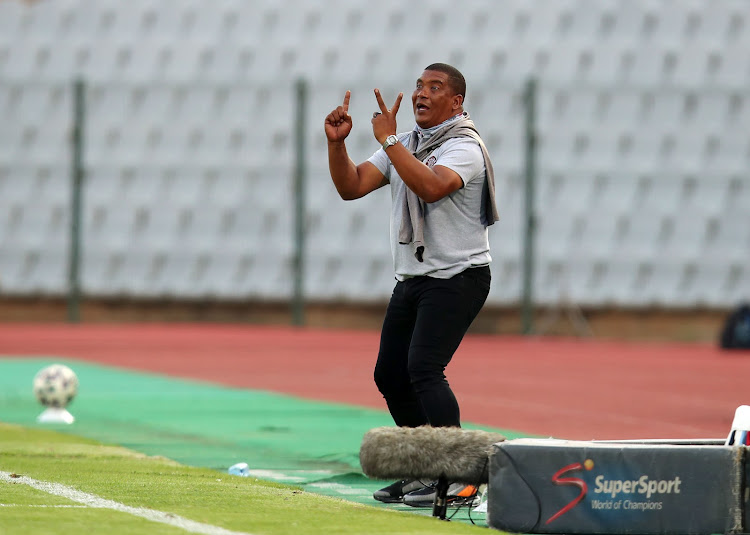 Brandon Truter has turned Swallows into a difficult team to beat at their Dobsonville home.
Image: Muzi Ntombela/BackpagePix

Swallows coach Brandon Truter said his side were deserved winners on Sunday as Mbulelo Wambi scored deep into injury time to sink Royal AM in their opening Premier Soccer League (PSL) match.

The coach identified his charges’ application and execution in the final third as an area to focus on ahead of their next match.

Swallows travel to Durban to confront Benni McCarthy’s winless AmaZulu at Kings Park on Wednesday in their second PSL game.

They will be determined to keep their perfect start intact after they beat Orlando Pirates 2-1 to dump their Soweto rivals out of the MTN8 last week.

Substitute Wambi pounced with a late diving header to seal a 1-0 win for Swallows in Dobsonville on Sunday.

“We had a very dominant performance, especially in the first half, but a well-deserved victory,” said a satisfied Truter, who said the visitors offered little.

“Yes, Royal AM had an odd moment here and there, but we had many more moments. In the first half we got so many balls into the penalty area and the final third, but a lack of awareness and poor decision-making let them off the hook.”

Truter hoped the two days turnaround  they have to travel to Durban will be enough to iron out some of the grey areas he picked up against Royal.

“Of course decision-making in the last third [against Royal AM] left a lot to be desired and that is definitely one aspect we need to look at. We are away to a team that finished in second place [last season], a good outfit and a good coach [Benni McCarthy].

“We will go there and try to enforce our structure and try to be dominant as well. Hopefully we will get more than one goal and keep a clean sheet again. We are looking forward to it,” said Truter.

McCarthy’s AmaZulu crashed out of the MTN8 and lost their opening PSL match away at champions Mamelodi Sundowns and will be looking to make amends for their back-to-back defeats.

Truter believes Swallows, who drew a record 20 of their 30 league matches to finish sixth last season, may have finally worked out what it takes to turn a draw into a win.

AmaZulu took four points from Swallows last season with a home win and a draw in Dobsonville and will be looking for more of the same.

Lukaku needed only 15 minutes to get off the mark for the Blues after his reported £97.5m transfer from Inter
Sport
10 months ago

Dele Alli’s penalty was enough for Tottenham to earn second win in two games
Sport
10 months ago
What do you think of MaMkhize buying Bloem Celtic’s top-flight status?
Next Article