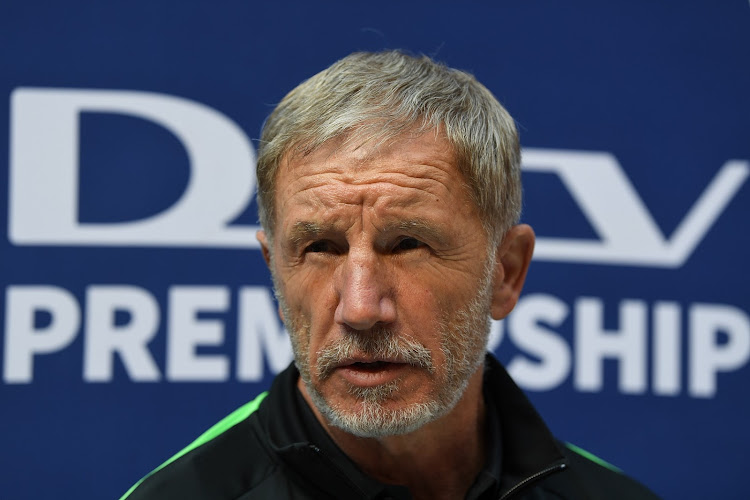 Comparisons have been made in Stuart Baxter’s second stint as coach of Kaizer Chiefs to his first, though the coach admits this time around Amakhosi are more demoralised.

When he started his previous stint in 2012, Chiefs had won nothing during a single campaign under Vladimir Vermezovic in the 2011-2012 season. While the at-times tempestuous Serb had left Amakhosi in some state of disarray, they had managed a fifth place in the Premiership.

In his second stint, Baxter arrives at an Amakhosi who have won nothing in an unprecedented six seasons since the two league and cup doubles in three years that he steered them to in 2012-2013 and 2014-2015. They scraped to eighth place in 2020-2021.

As Chiefs prepare to kick off their new season against TS Galaxy at Mbombela Stadium on Sunday, the former Bafana Bafana coach admitted he is faced with a demoralised team and would have to work on the mental side of training.

“That is probably the biggest challenge,” Baxter said. “Because I think there is a good vibe at the moment. People saw that when we played Pirates [in the preseason Black Label Cup], and when we played Sundowns [in the MTN8].

“But the biggest problem I will get is when there is some sort of negativity that the players are confronted with, because then you go back in your development.

“I think at the moment everybody is quite optimistic, they know we’ve got work to do. I think we’re about 70% of what I would like to see. The players also see that.

“But the mental part that you’re alluding to, that’s a massive one for Chiefs at the moment.

“And so I’ve said we need a few good results to be there or thereabouts until we can get that stabilised mental state. And then I think we can kick on.”

Other similarities to Baxter’s 2012 arrival are that Chiefs, often too frugal in the transfer market, have made a string of signings who have potential as match winners.

Also, in 2012 Chiefs under Baxter started with a 4-1 MTN8 opening round thrashing at the hands of Mamelodi Sundowns before they kicked off their league campaign.

This season they began with a penalties loss to Downs in the MTN8 last Sunday after the teams were level at 2-2 in normal time.

The performances have been a touch on the patchy side from a team who had a shortened preseason after they lost 3-0 to Al Ahly in the 2020-21 Caf Champions League final on July 17.

But there have been signs, in both the penalties win against Orlando Pirates and the MTN8 loss to Sundowns, that the signings can offer something. Chiefs could be a force if Baxter manages to get the new-look combination gelling.