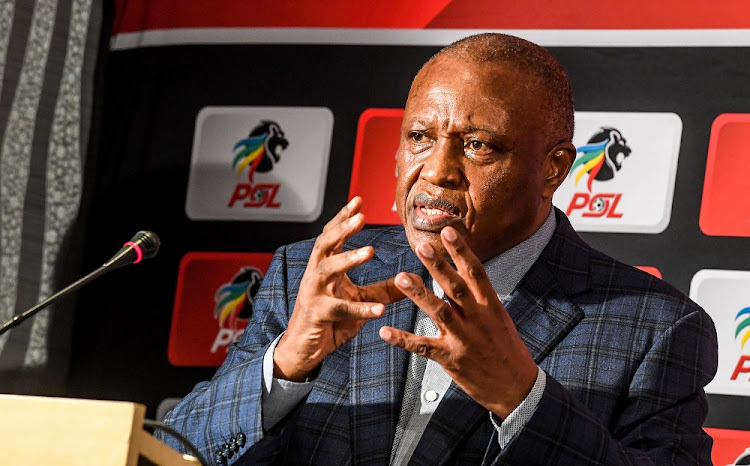 The Premier Soccer League (PSL) is yet to finalise plans to bring back all the football media at the stadiums, the league’s chair Irvin Khoza has said.

Khoza was speaking to the media three days before the start of the 2021-2022 Premiership campaign on Friday, where league champions Mamelodi Sundowns will  host last season’s runners-up AmaZulu FC in the opening fixture.

Since March 2020 when the coronavirus pandemic was detected in SA, the media, other than those broadcasting matches on television, have not been allowed to cover PSL matches live at the stadiums.

Khoza said they needed to get approval from health authorities before things returned to normal.

Football fans too may yet wait for some time before they’re allowed back at the stadiums to back their teams, Khoza said.

“Let’s talk about the media [returning to the stadium] first,” said Khoza. “So there was a constraint on the numbers that we agreed upon, which is 165 in the stadium.

“But the media itself ... all of them want to be part of the action and that’s where our challenge is at the moment. It’s about how do we deal with this.”

Khoza added that with vaccinations having started in SA, there could be relaxation on the numbers of people at the stadiums in the coming months.

“I see now that there might be some changes coming which may allow us [to increase the numbers],” he said.

Khoza said there were also problems with accreditation of the media. “Who to accredit and who not to because we’re in a space of content, which is sacrosanct, and there’s money in our content.

“How to deal with that content, because there may be people who are doing other things, which are competition to what we do with our sponsors in the league.

“How do we deal with it [these matters] without limiting the liberties of the people of the media who must have access to what is happening on the field of play?

“So that’s the kind of constraints we are dealing with. But hopefully, as time moves on, we’ll be able to adapt and change.”

On the return of fans, Khoza said the league would again be guided by what government says.

“It’s a question of the government, we can’t make a determination on that,” he said. “It’s our wish to see what we’ve seen in the EPL [English Premier League] and Euro. But I’m told all those people have been vaccinated.

“I know that the media issue is sensitive. It’s a question of how many you are going to make available to the media houses.”

Khoza said they had to comply with the numbers provided and agreed on with health authorities.