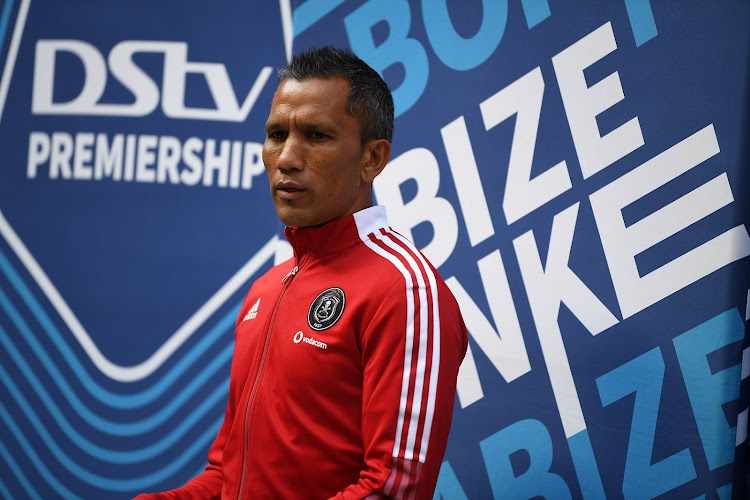 Fadlu Davids suggests there remains much untapped potential to unlock from Orlando Pirates’ players, saying he and co-caretaker coach Mandla Ncikazi will aim to have their charges express “the skills they have inside them”.

Josef Zinnbauer’s season-and-a-half as coach — in which a talented Bucs side bolstered by strong signings ahead of the 2020/2021 season failed to reach their potential — ended when the German resigned on Monday.

Bucs ended a six-year trophy drought in last season’s MTN8, but a third-placed finish in the Premiership was below par.

This season Pirates were beaten in the opening round of the MTN8 by Swallows, a result that led to Zinnbauer’s exit.

Assistants Davids and newly appointed Ncikazi will co-coach the team in their Premiership kickoff against Stellenbosch FC at Orlando on Saturday, though the former stressed the pair do not consider themselves as having a job title.

“There’s no title. Coach Mandla and I have been given the mandate to win on Saturday, and that’s it,” former Maritzburg United coach Davids said.

Davids was asked to pinpoint the 10%-15% in performance that had been missing under Zinnbauer.

“It’s a process. You don’t really want to look at other clubs and what they are doing. You have to look at yourself internally and it’s our job now to look at the players, what we have and getting the best out of those players,” he said.

“There is potential in the squad. And if we are able to get to that potential and get the players to play and express the skills they have inside them, that log position will be different.”

Davids was asked if that means he is saying some of that potential has not yet been unlocked.

“It’s a process. Some players come to Orlando Pirates, they were really good in their clubs, and now you come into a huge institution and the pressures are different.”

Davids and Ncikazi seem unlikely to change much from Zinnbauer’s tactical outlook in their first game. Asked about that, Davids gave nothing away.

“I’m not going to go into the details of how we’re going to approach the game,” he said. “But we have to look at the training sessions, the performance levels, the emotional state of the players and find, not necessarily the best players on the pitch, but the best team on the pitch.”

Belgium international, fresh from Inter Milan, says he is now a more complete player
Sport
10 months ago
Next Article