Newly rebuilt side could be dangerous if they start well, their coach says 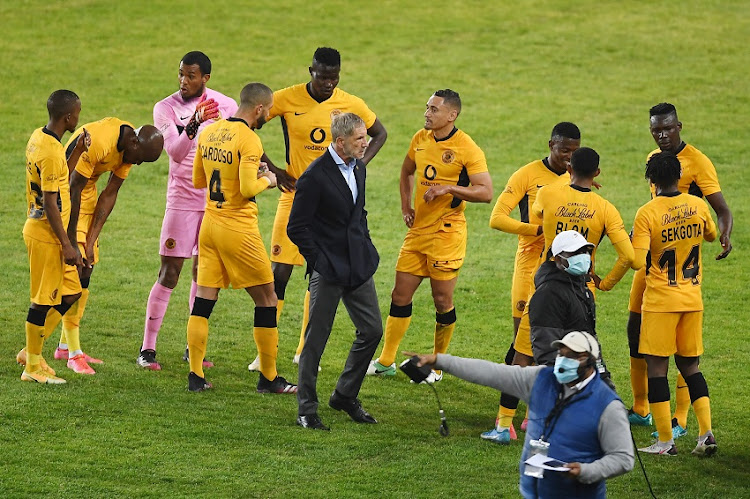 Kaizer Chiefs coach Stuart Baxter and his players during the match between Orlando Pirates and Kaizer Chiefs at Orlando Stadium on August 1 in Johannesburg,. Picture: LEFTY SHIVAMBU/GALLO IMAGES

But Baxter believes that even if the new-look Chiefs are a work in progress‚ they could get a few good results and make up a combination to take notice of in the coming campaign.

Amakhosi lost 3-0 to Al Ahly in the Champions League final on July 17. That huge match — rescheduled due to  Covid-19 — delayed all preparations for the new season.

However, new signings and the return of Baxter for a second stint at the club have lifted fans’ expectations following a dismal six seasons without a trophy.

Such expectations could have been heightened by Chiefs’ win over Orlando Pirates last Sunday‚ where a number of the signings had bright starts.

Baxter pointed out he has hardly had time with the squad since arriving just before the Caf final against Al Ahly, so it will be a case of hitting the ground running at the start of the season 10 days away.

“Maybe it’ll be a work in progress for the first few games in the season. But if we get off to a decent start and we’re there or thereabouts‚ I think as we improve we could be a bit unpleasant to deal with a bit further down the line,” Baxter said.

Chiefs begin their season with an MTN8 quarterfinal showdown against Mamelodi Sundowns at Lucas Moripe Stadium on August 15.

The match against all-powerful Downs‚ who cruised to a record fourth consecutive Premiership title in 2020/2021‚ and newly rebuilt Chiefs will be seen as an early litmus test of the ability of the Amakhosi to make an impact in the new campaign.

Coach says conditions this year much better than 2020, putting Bucs in with a chance for glory
Sport
11 months ago