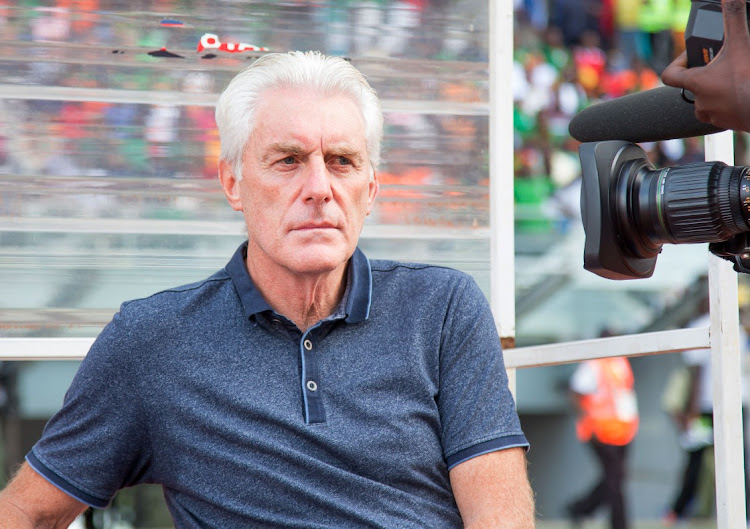 SA Football Association (Safa) CEO Tebogo Motlanthe says new Bafana Bafana coach Hugo Broos is yet to be paid a salary since his appointment on May 5.

The Belgian returned home for his second Covid-19 vaccination soon after his appointment and has not taken his place on the bench in the team’s recent matches. Broos missed Bafana’s friendly against Uganda at Orlando Stadium in June and did not play a role in the Cosafa Cup competition under way in Gqeberha.

“When we appointed Hugo Broos as Bafana Bafana coach‚ we never made it a secret that he had taken his first Covid-19 jab in his native country and would be going back for the second one.

“We said after getting the second jab he would return to SA and that would happen once the borders were open that side of the Netherlands to allow him into the country. That’s when his contract will officially commence‚” said Motlanthe.

He said Safa is thankful that Broos managed to do some work behind the scenes when he was briefly in the country to sign his contract in May. It was agreed the contract would begin as soon as Broos returned to SA.

“So no‚ [he is not drawing a salary from Safa at the moment] and we are also grateful that he agreed to the arrangement‚ despite the work he did when he was here.”

The start of 2022 World Cup qualifiers was postponed to September due to contentious Covid-19 testing protocols and to enable some African countries time to upgrade their facilities to meet Fifa standards.

Motlanthe said Safa hopes the Belgian will be back in SA in time to prepare the national team for the crucial World Cup qualifiers against Zimbabwe (away) and Ghana at home.

“We still believe that he will be here in time to prepare the team for the World Cup qualifiers against Zimbabwe and Ghana‚” the Safa CEO said.

“We are in constant contact with him about what is happening in the Cosafa Cup‚ and also what will be happening in Japan regarding the SA Under-23 team’s [participation] at the Olympics.”

The Tokyo Olympics are due to run from July 23 to August 8.

Earlier in the week the Under-23 side was rocked by the withdrawal of Lyle Foster‚ Fagrie Lakay‚ Abbubaker Mobara‚ Sipho Mbule and Keletso Makgalwa for medical reasons.

Motlanthe said the withdrawals are a huge setback.

“When you have planned around certain players‚ if that player or those players get injured‚ for instance like Mobara‚ because we were counting on him‚ it will affect you.

“But we still believe that coach David Notoane has enough depth and they will still give it their best when they get to Japan.”