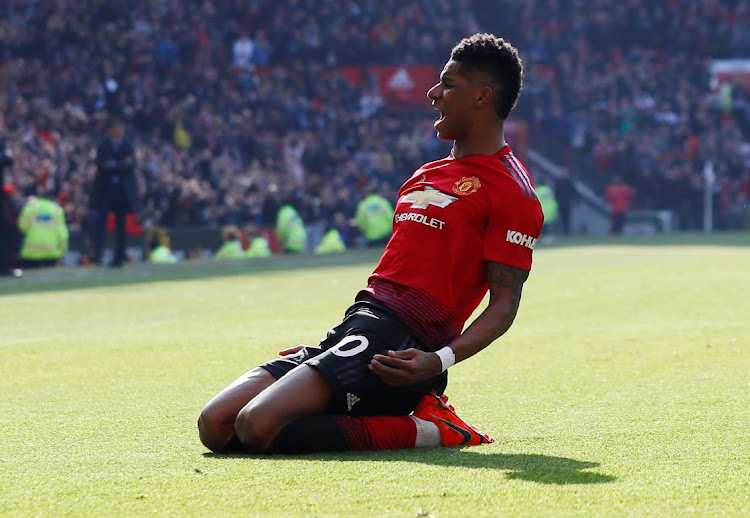 Manchester — England soccer fans stepped up to defend striker Marcus Rashford on Tuesday by covering the racist abuse scrawled on a mural to the black player in his hometown with messages of love and support for a “hero” who they said was a national role model.

Black players Rashford, 23, Jadon Sancho, 21, and Bukayo Saka, 19, were racially abused after they missed penalties in a shoot-out with Italy which settled Sunday’s Euro 2020 final.

Fans covered up racist abuse scrawled on the mural to Rashford in the Withington area of Manchester with hundreds of small messages of support.

“We love you!,” read one of the messages. One pink heart was affixed on the mural with the simple word: “Hero”. “You have stood up for us repeatedly, now it’s time for us to stand up for you!” read another.

Rashford posted photographs of letters from children who said they were proud of him. Rashford, who was born in Manchester and brought up by his single mother in the Wythenshawe area of the city, has used his experiences of hunger as a child to campaign for better provision for children to be given free food.

“My penalty was not good enough, it should have gone in but I will never apologise for who I am and where I came from,” Rashford said in a statement.

“Seeing the response in Withington had me on the verge of tears. The communities that always wrapped their arms around me continue to hold me up. I’m Marcus Rashford, 23-year-old, black man from Withington and Wythenshawe, South Manchester. If I have nothing else I have that.”

Manchester United forward says all players have ‘a massive role to play’, even those not in the starting 11, if the team wants to win the tournament
Sport
1 year ago
Next Article