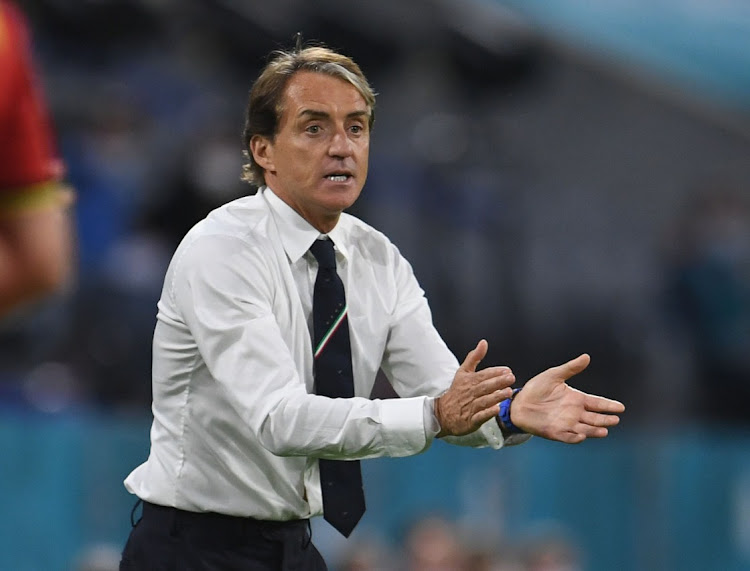 Manchester/Madrid — Four teams head to London for the final week of Euro 2020 and as well as promising close battles, the two semifinals present a fascinating clash of football styles and tactical approaches.

While football has its ideologues, who insist that a particular approach is the right way to play the game, the “final four” are proof that there really is no single formula to success. The quartet also illustrate, in differing ways, how national teams can escape from their typecasting, the stereotypes that linger about them and reappear in commentary about big tournaments.

Italy have evolved under Roberto Mancini into a team that play high-energy, pressing football, looking to attack in numbers as soon as they win the ball. Lazy clichés about “catenaccio”, which refer to a defensive style from more than half a century ago, have long been out of date, but really are completely irrelevant when looking at Mancini’s team.

The Italian relish for defending is still displayed in the performances of Giorgio Chiellini and Leonardo Bonucci but the system is built about a high-energy approach with overlapping fullbacks and clever use of the inside channels, where Lorenzo Insigne and Federico Chiesa connect so well with centre forward Ciro Immobile.

It is a fast, positive and entertaining brand of football and it has been helped by Italy’s players looking the freshest and fittest in the tournament.

In contrast, Tuesday’s opponents Spain are closer to their trademark national style, established during the tiki-taka era when they won the Euros in 2008 and 2012 with their 2010 World Cup success sandwiched in between.

But while possession remains at the core of their philosophy, their manner of play has changed significantly under Luis Enrique. His Spain still monopolise the ball, including posting a tournament record 917 passes against Sweden while keeping 85% possession, but his side are more intense than their predecessors and quicker going forward, with the coach often talking of the need for “verticilidad” direct attacks.

He plays with the same 4-3-3 formation he used when in charge of Barcelona and favours a more attacking set-up than former boss Vicente del Bosque, who famously played without a striker for most of Euro 2012.

On the continent the stereotype of English football has always focused on commitment and work rate and a direct, physical style, but that view is also well out of date. Indeed, the Three Lions went into this tournament with an array of skilful attacking midfielders and wide players and the potential to play high-speed, flowing, creative football.

Manager Gareth Southgate has, for the most part, been cautious and pragmatic, playing with two holding midfielders in Declan Rice and Kalvin Phillips behind a three-pronged attack with Raheem Sterling on the left, Harry Kane in the middle and a rotating cast on the right wing.

The 4-0 win over Ukraine in Saturday’s quarterfinal in Rome saw England play with freedom and panache once they had established a two-goal lead and it will be interesting to see if they carry that approach into Wednesday’s semi with Denmark or if they revert to the careful control they showed against Germany in the previous round.

England’s style is perhaps best described as the fusion of a solid defensive structure, a priority on possession with the creativity largely left to the front three.

The Danes have always produced more progressive football than their more rudimentary Scandinavian neighbours and Kasper Hjulmand’s team owe much of their success to their front three. Martin Braithwaite creates the spaces which Mikkel Damsgaard and Kasper Dolberg have exploited well and wingbacks Jens Stryger Larsen and Joakim Maehle get forward to add width.

As with England, there is a solid two in central midfield with Pierre-Emile Hojbjerg and Thomas Delaney providing the anchor. Whoever emerges on top in Sunday’s final, be wary of anyone declaring that the outcome shows a particular style of football is now the way to follow.

Euro 2020 has already shown that there is no dominant tactical model for success.