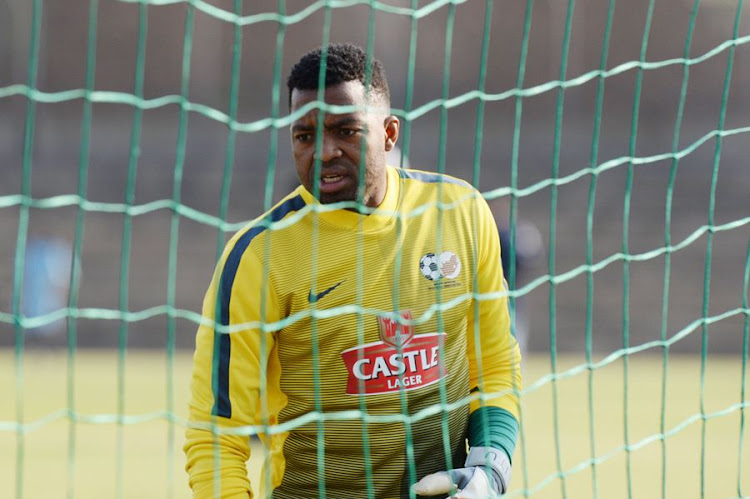 Itumeleng Khune is on the verge of being offered a one-year contract extension by Kaizer Chiefs‚ a source has revealed.

Khune is one of several Amakhosi players whose contracts with the club end on Wednesday.

It is understood Amakhosi will offer a one-year contract to their long-serving goalkeeper with an option to renew for another 12 months.

“The club’s position is to give ‘Itu’ an extension of one year plus one. It was discussed by the technical team two weeks ago‚” the source said. “Nothing has been discussed directly with the player. The focus was on the Champions League campaign.”

Other senior Chiefs players who will be out of contract before the Champions League final against Egyptian giants Al Ahly in Morocco on July 17 include Bernard Parker‚ Eric Mathoho‚ Ramahlwe Mphahlele‚ Lebogang Manyama‚ Bruce Bvuma‚ Kgotso Moleko‚ Willard Katsande and Khama Billiat.

Billiat‚ Mathoho and Mphahlele are expected to be offered new deals too‚ though it is unclear how long the terms will be.

“All the guys that are out of contract‚ nobody has said anything to them. But I know for sure the technical team met two weeks ago to discuss who’s coming in and who’s being released‚” the source said.

“But no individual [at least before this past Saturday’s Champions League semifinal] had been engaged as far as I know.”

Chiefs communications manager Vina Maphosa said that only when the administration of the club‚ headed by football manager Bobby Motaung‚ finalised the contract talks with affected parties would Amakhosi communicate the decisions to the media.

“When everything has been finalised, that’s when I get names from the football administration. The new coach [Stuart Baxter] has just arrived and we’re in the middle of the Caf Champions League. The focus from the coach has been on the team and I haven’t seen a lot of administration activity with the coach.”

Chiefs need a core of their players‚ including many of those whose contracts expire on June 30‚ for the final against Al Ahly, who are now coached by former Mamelodi Sundowns mentor Pitso Mosimane.

No normal side would have come back from 3-1 down against the world champions, manager Vladimir Petkovic says
Sport
4 months ago
Next Article