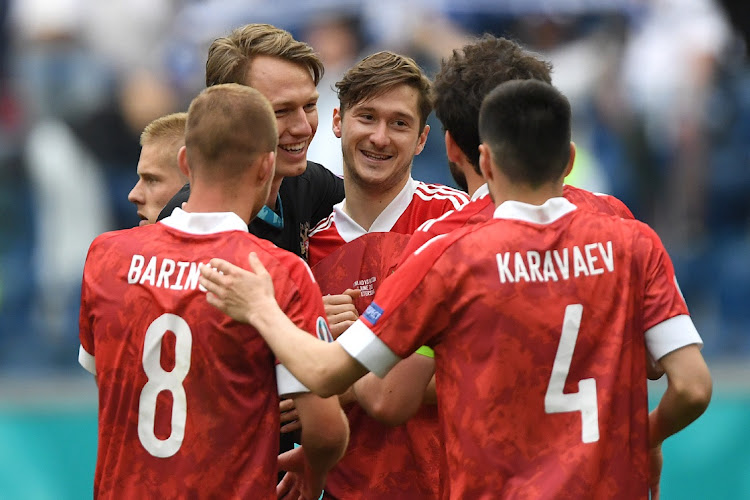 St Petersburg — A goal in first-half stoppage time by Aleksei Miranchuk got Russia’s Euro 2020 campaign back on track as they beat Finland 1-0 in Group B on Wednesday.

Joel Pohjanpalo thought he had given the Finns the lead in the fifth minute but his powerful header was ruled out for offside after a VAR review, and the rest of the first half was played at a high tempo.

With both sides committing players forward in attack, Miranchuk popped up just before the break to curl in a superb left-footed effort to put his side in front.

The Finns, who beat Denmark 1-0 at the Parken Stadium in Copenhagen on Saturday after Christian Eriksen’s on-field collapse, threw everything they had at their neighbours but struggled to hit the target as the Russians held on to win.

The result moves Stanislav Cherchesov’s side up to second in the standings on three points, ahead of Finland thanks to the head-to-head result.

Belgium, who beat Russia 3-0 in their opener, top the group ahead of their game against Denmark on Thursday.

Much is expected of the star of 2016, Gareth Bale, despite his disappointments at club level, but it is the younger faces who are generating optimism
Sport
1 month ago
Next Article