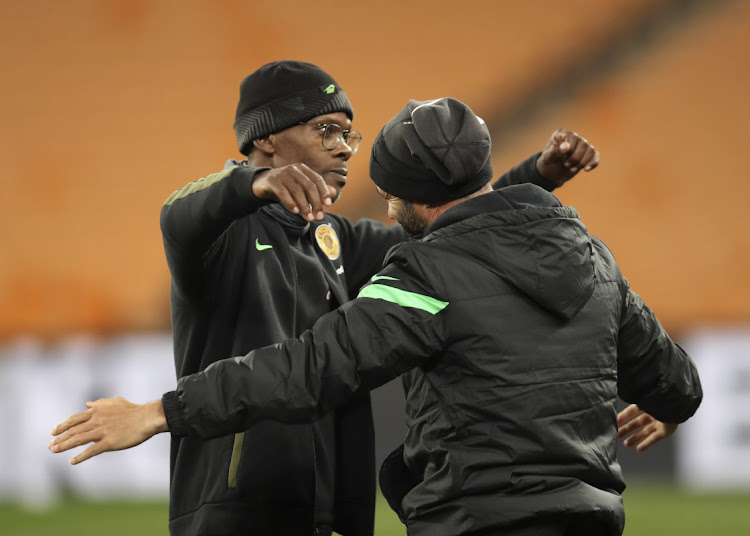 Kaizer Chiefs caretaker coach Arthur Zwane, reflecting on the lessons learnt from a tough season for the club, believes they should not over-celebrate the top-eight position they rescued in the DStv Premier Soccer League (PSL) on its final day with a 1-0 win against TS Galaxy.

Amakhosi, who still have the Caf Champions League semifinal against Wydad Casablanca to play for in an otherwise miserable 2020-2021 season, had a dramatic end to the Premiership.

Ten days ago coach Gavin Hunt‚ the four-time league winner brought in to replace Ernst Middendorp in September 2020 precisely because he was a coach capable of obtaining results‚ was fired after notching up just two wins in 16 league matches.

Under caretakers Zwane and Dillon Sheppard‚ Hunt’s assistants‚ Chiefs beat Lamontville Golden Arrows 3-2 on Wednesday and then Galaxy at Mbombela Stadium to claw their way up from 11th place to eighth‚ avoiding matching or ending lower than their three worst finishes of ninth.

Sobering statistics among a morale-boosting silver lining are that Chiefs finished with a negative goal difference (-3) for the first time in their illustrious history‚ and matched their lowest points tally of 36. The previous 36 was set in 1985‚ when a win counted two points‚ not three.

“Look‚ we know that we’ve had a very difficult season‚” Zwane said after Chiefs beat ninth-placed finishers Galaxy in the battle for eighth place.

“We managed to bring in new players [from the development side]. We had injuries and suspensions and we also travelled a lot in and out of the country‚ and some of the players also went to the national team. So it was a tough season for us as technical staff. But we anticipated it for the fact that we couldn’t bring in new players.

“So when things were not going well we had to try to keep people happy in terms of positivity in the camp‚ refresh the players as well‚ time and again. But we knew that at some point it was going to catch up with us.

“In the middle of the season you could see we were battling so hard. And we dropped points we shouldn’t have. Some of the games we scored first and the opposition equalised and got the winner; some we drew.”

Zwane said given the calibre of Chiefs, “we shouldn’t have been in the situation we were now in”.

“We shouldn’t be happy that we have qualified for the top eight. We should be happy that we are winning the league. But some things happen for a reason. I think this is one season that we learnt a lot from.

“We count the positives because there are a lot of positives as well for a team that qualified for the semifinals of the Caf Champions League‚ with the hope that we can go through to the final and win it for the country.”

Chiefs were affected by a Fifa transfer ban in 2020-2021 for the illegal signing of Madagascan midfielder “Dax”.

Amakhosi meet 2017 Champions League winners Wydad in the first leg of their semifinal on June 19 and at FNB Stadium on June 26.