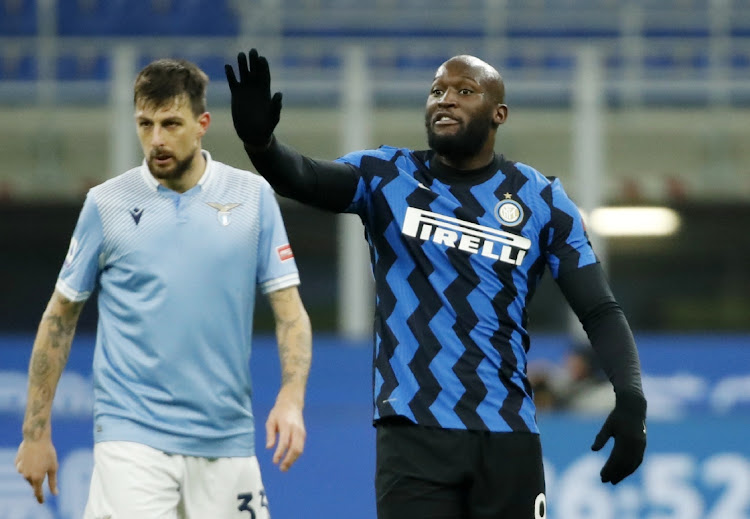 Milan — Romelu Lukaku said he will remain at Inter Milan next season after the Belgium forward helped them to their first Serie A title in 11 years.

Lukaku was named the league’s most valuable player after bagging 24 goals and 11 assists, beating Juventus forward Cristiano Ronaldo to the award. The 28-year-old has a contract at Inter until June 2024 but has been linked with a move away from San Siro.

The club are set to sell players as part of cost-cutting efforts to cope with the financial impact of the Covid-19 pandemic.

“Yes, I am staying,” Lukaku told broadcaster VTM. “I feel good at Inter.”

Inter parted ways with coach Antonio Conte shortly after winning the title and Lukaku said he had already been in contact with his replacement. “I’ve already had contact with the man who normally becomes our new manager,” Lukaku added. “Maybe I shouldn’t say that yet ... but it was a very positive conversation. There’s also the challenge of doing it again [winning the league].”

A little while later Inter announced  Simone Inzaghi  as their new coach. “FC Internazionale Milano would like to welcome Simone Inzaghi to the club, as our new first team coach: the Italian manager has signed a two-year deal with the Nerazzurri,” read a club statement.

Inzaghi stepped down as Lazio manager after 22 years at the club as a coach and a player last week, and takes over from Conte, who resigned despite guiding Inter to a first Serie A title since 2010 this season.

Inzaghi had been at Lazio since joining as a player in 1999, winning the Serie A title and three Coppa Italias as a striker before hanging up his boots in 2010.

He started coaching in the capital club’s youth sector before taking the first-team job in April 2016, guiding Lazio to the Coppa Italia and two Italian Super Cup successes, as well as leading them to the last 16 in their first Champions League campaign in 13 years this season.

Failure to make the round would be considered a letdown, manager says
Sport
2 weeks ago