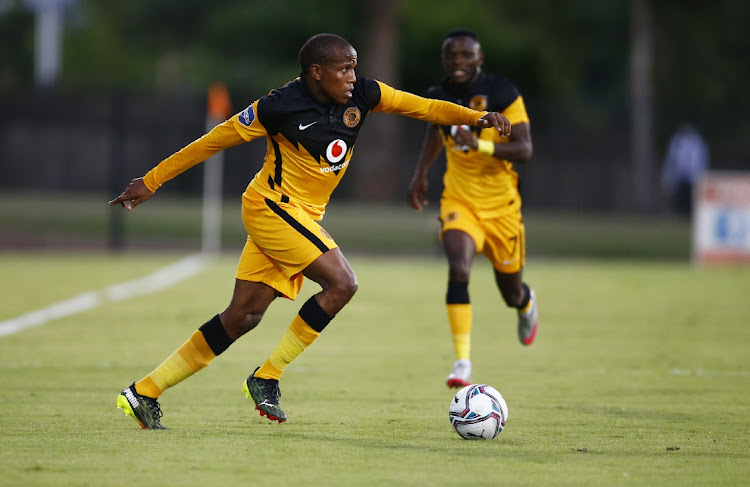 Lebogang Manyama scored a stunning hat-trick as Kaizer Chiefs displayed fight that had been sorely lacking this season, edging Lamontville Golden Arrows 3-2 to bring themselves right back into the top-eight equation.

Michael Gumede’s 21st-minute strike put Arrows ahead in Wednesday’s thriller at FNB Stadium, but Manyama equalised on the half-hour mark. After Erick Mathoho’s own goal in the 62nd minute, Manyama again equalised 10 minutes later, then struck the winner in the 79th minute.

The result, and the combination of other games  in the penultimate round, meant Chiefs (33 points and a -4 goal difference) jumped from 11th to ninth, and can end eighth if they beat current eighth-placed side TS Galaxy (36 points and also -4) at Mbombela Stadium on Saturday.

The decisive strike came courtesy of Tapelo Xoki in the 51st minute of this crucial league encounter when he converted from the penalty spot to earn the home team a priceless win at Kings Park Stadium. The result means AmaZulu will be playing in the Caf Champions League for the first time in their history next season.

Arrows slipped to fourth and will battle it out on the last day on Saturday with Orlando Pirates, who drew 1-1 with Baroka FC at Peter Mokaba Stadium, for third place.

Chiefs looked shaky at the back at the start and conceded. Amakhosi rallied convincingly and were unfortunate to get only the equaliser before Arrows completed an end-to-end half strongly.

Arrows struck first after  Mathoho failed to keep out a close-range finish from Michael Gumede off a ball into the area.

Chiefs responded, not for the first time in the match after conceding, piling on the pressure. Arrows battled to clear their lines and a clearance found Willard Katsande in midfield. He burst past two defenders, squared the ball and Manyama swept in the equaliser.

Just before the hour mark, Mathoho’s miskick at a corner flirted with being an own goal. Minutes later the big centre-back succeeded in that endeavour. Knox Mutizwa’s free-kick from left midfield was played to the danger area and Mathoho, off balance, directed a header that beat a diving Bruce Bvuma.

Manyama’s second equaliser was beautifully worked. Nkosingiphile Ngcobo left defenders in his wake, advancing from just in front of the halfway line to feed Manyama, who turned and chipped the ball past Mlungwana.

Amakhosi scored their dramatic winner from another stunning build-up and a third excellent Manyama finish. Philani Zulu chipped to Samir Nurković from the left, deep in his half, and he chested the ball to Castro. He squared through a needle to Ngcobo, who touched on to Manyama, who with acres of space could pick his spot for the goal.

Ahead of penultimate match of season, veteran midfielder says team should have done better
Sport
3 months ago