Coach suggests his Sundowns colleague might have achieved glory at Chiefs, given more of a chance 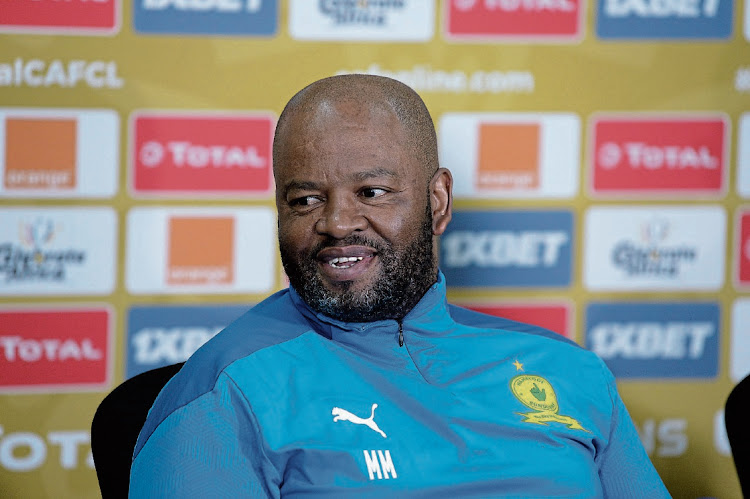 Manqoba Mngqithi was at a loss for words to express his emotions after Mamelodi Sundowns colleague Steve Komphela finally won his first big trophy as a coach on Wednesday.

The 54-year-old Komphela has been coaching professionally in SA for almost two decades but had never collected a winner’s medal as a mentor until the Brazilians wrapped up the league title race with three matches to spare on Wednesday.

Komphela is part of the Sundowns coaching triumvirate — the other members are Mngqithi and Rhulani Mokwena — that was appointed by club owner Patrice Motsepe after former coach Pitso Mosimane’s departure to Egyptian club Al Ahly in September 2020.

“I cannot explain how excited I am. One of the reasons we felt that he should come and join us [at Sundowns] was because we believed he had the quality and the ability‚” said Mngqithi.

“He did tremendous work with [former club] Kaizer Chiefs and was very unfortunate not to win a cup there‚ but he was forever in position No 2 or No  3. He did exceptionally well‚ but unfortunately he never got to win a trophy and it was not always his fault.”

Mngqithi hopes  Komphela’s winner’s medal will finally lay to rest the “bad luck” tag‚ that has followed him for most of his career.

“People were beginning to think that he was just unlucky. Some people were saying he would bring back luck [to us at Sundowns]. I have always believed  those things about bad luck don’t work at times because the amount of work you put in brings you closer to the possibility of winning something.

“I remember when coach Pitso [Mosimane] made sure that we won the league for Teko [Modise] because everybody was saying that he had bad luck. At times people tend to stigmatise others and say you are never meant to do something.

“If you look at Chiefs now‚ inasmuch as he never won anything while he was there‚ look at where he put them and what happened after he left.

“That should indicate to everybody the impact that he had at Chiefs‚ and if he had been given more chance‚ maybe he could have done something.”