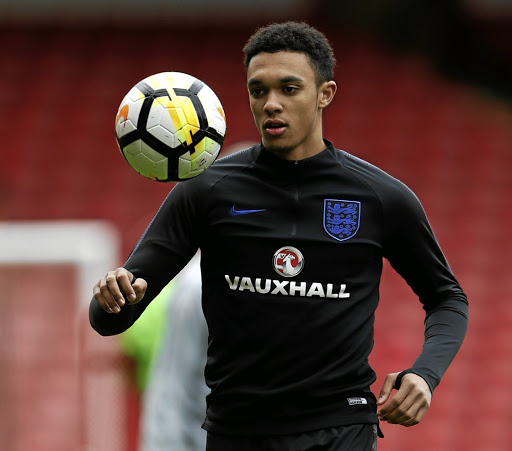 London — Liverpool defender Trent Alexander-Arnold earned a recall in a 33-man provisional England squad for Euro 2020 on Tuesday as manager Gareth Southgate plays for time before whittling the numbers down.

The right-back was dropped in March for World Cup qualifiers but he made the cut in a squad that will be reduced to 26 players ahead of a June 1 Uefa deadline. The June 11-July 11 championship is being held across Europe, with semifinals and the final at London’s Wembley Stadium as well as some group stage games.

The delay in naming a final squad gives Southgate time to factor in those still playing European club matches, but also opened a guessing game about which seven would be dropped.

“I think our situation is more complicated than any other countries at the moment,” the manager said. “We’ve got 12 players still to play in the European finals this week so we were always going to need some additional players for the first part of our camp.

“We felt more time is going to help us to make better decisions. I’ve always said my preference would be to name the squad as a clean 26 … but we have not got an ideal hand of cards this time.”

Southgate said dropping Dier had not been easy but his season had not been good enough to warrant a place. He defended the decision to name four right-backs, saying: “People feel I have an obsession with right-backs. I just see four good footballers.

“We’re going to a tournament and those sorts of flexible players that can fulfil different roles but are good footballers are going to be hugely important to us.”

Southgate was confident talismanic striker Harry Kane would not be distracted by transfer talk after seeking a move from Tottenham. “I don’t ever need to have a conversation with Harry Kane regarding focus or professionalism. He has got one goal this summer whilst with us and that’s to win a European Championship,” he said.

England face Austria and Romania in friendlies in the first week of June, before their Euro 2020 Group D campaign starts with games against Croatia, Scotland and Czech Republic.

Provisional squad of 25 players, including 11 members of the overseas contingent, named
Sport
6 months ago

Apology ignores veteran coach and his family, who were at the receiving end of vulgar insults
Sport
6 months ago
Next Article