Pirates pay for missed chances as Raja get vital away goal 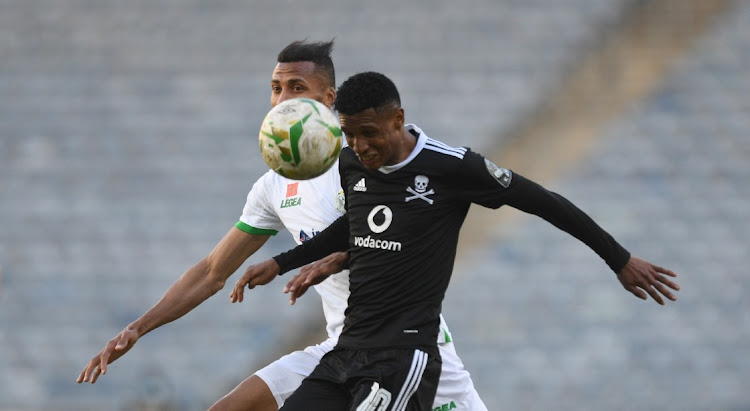 Orlando Pirates have a huge mountain to climb after they were held to a potentially costly draw by Morocco side Raja Casablanca in a Caf Confederation Cup quarterfinal first leg encounter at Orlando Stadium on Sunday.

The visitors will be happier than Pirates after the result as they will take a crucial away goal home after the two sides played to a 1-1 draw.

Bucs coach Josef Zinnbauer will look back and rue the numerous chances they created‚ especially in the first half‚ but failed to take.

Vincent Pule scored the opening goal in the 39th minute after Deon Hotto put the Moroccans under pressure on the right side of the park‚ forcing Abdeljalil Jbira to attempt a clearance with his back to goal.

Jbira’s clearance rolled kindly in Pule’s path and he chipped the ball over advancing Raja goalkeeper Anas Zniti to open the scoring for the home side.

Pule did well to keep a cool head as he was sandwiched between two Raja defenders when he deftly beat the goalkeeper.

Relief was etched on Zinnbauer’s face as his charges finally found the breakthrough they had been desperately seeking.

The goal meant a lot to Zinnbauer and his technical team as Pirates had missed many opportunities‚ especially the gilt-edged chance that Hotto wasted in the 30th minute.

Hotto should have scored when Pule delivered a delicious cross that the Namibian somehow miscued when he had enough time to pick his spot.

Raja had their moments‚ especially in the first period‚ and Bucs captain Thulani Hlatshwayo made a telling save to deny the visitors when the dangerous-looking ball seemed to be destined to find one of the visitors inside the area with Bucs goalie Wayne Sandilands stranded in no-man’s-land.

Pirates hung onto their slight advantage and the sides went into the halftime break with the home team still in the lead.

The Moroccans were always going to return from the break with more venom as they looked for the crucial away goal.

Ntsikelelo Nyauza made a crucial blunder in the back and after losing possession at the edge of the area‚ the dangerous Ben Malango Ngita punished the Bucs and beat Sandilands with a low strike on the hour mark.

It was a deflating blow for Zinnbauer and the upset Pirates coach threw his spectacles on the ground as he reacted to Nyauza’s error.

Pirates now have it all to do in the second leg and will need some of the tenacity they displayed in the first half if they are to knock out the Moroccans.