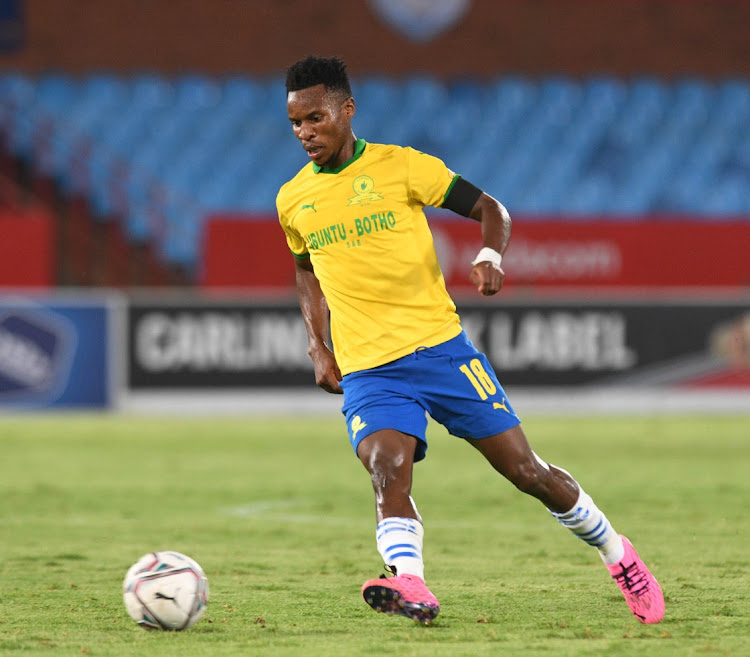 Sundowns travel to the Al Salam Stadium for a confrontation with former coach Pitso Mosimane‚ who is charge of the Egyptian side‚ determined to get a positive result ahead of the second leg in Atteridgeville the next Saturday.

There were concerns after the influential Zwane‚ who has scored 12 goals in all competitions from an attacking midfield position‚ was hauled off inside the opening 10 minutes of their 2-0 win over Maritzburg United at Loftus stadium last week.

The concerns would have grown when Zwane missed their 1-0 Premier Soccer League win over TS Galaxy in Nelspruit on Sunday‚ but Mngqithi allayed those fears and said the team doctor has given the green light for the 31-year-old star to feature against Ahly on Saturday.

“We were hopeful and it looks like he will be able to play the next match in Egypt‚” Mngqithi said after the win over Galaxy at the Mbombela Stadium.

Mngqithi said Zwane’s early substitution against Maritzburg was just a precautionary move as the midfielder’s knock on the leg was not a major one.

“We are hopeful that everything goes according to plan, but it never really looked very serious. We just had to be a little  precautious and make sure we didn’t aggravate it.

“The doctor said [after the Maritzburg match] that within a week or 10 days he will be able to help us and we have got enough days until our next match [against Ahly on Saturday]‚” said Mngqithi.

Zwane is a vital cog in the Sundowns attack and his inclusion in the match-day squad against Ahly will boost the team’s chances of a positive result in Cairo.

Strikers Peter Shalulile and Gift Motupa are proving to be a menacing combination for Sundowns and, with Zwane also in the team‚ the 2016 champions can stun the Egyptian giants.

“That combination is giving us a lot of hope and direction in our play because it gives us stability up top. We know we’ve got a proper number nine [Motupa] and there is a surprise factor of Peter coming in late into areas that are dangerous.

“Not many people can detect his [Shalulile] movements. We are hopeful he is still going to score some goals to help us,” Mngqithi said.