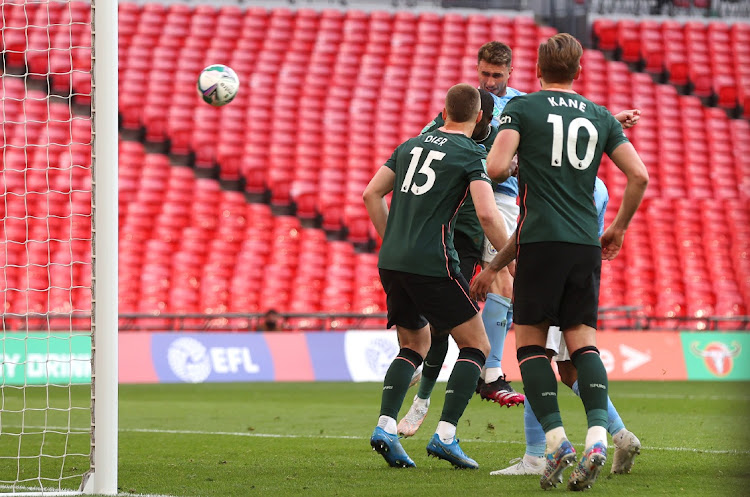 Spurs had soaked up intense City pressure for most of the game to stay in contention at Wembley Stadium. But City finally made the breakthrough in the 82nd minute from an unlikely source as defender Laporte met Kevin de Bruyne’s free kick and headed past goalkeeper Hugo Lloris.

A combination of Lloris, last-ditch defending and some poor City finishing had kept the 8,000 crowd on tenterhooks but in the end Pep Guardiola’s side got their reward. They have now matched Liverpool’s feat of winning the competition for four consecutive seasons, and join Liverpool with the most League Cup wins on eight.

Tottenham, who had rookie manager Ryan Mason on the touchline after Jose Mourinho’s sacking last week, are still waiting for their first trophy since 2008.

After last weekend’s FA Cup semifinal defeat by Chelsea, City chalked off the first part of what they hope will be a treble, with the Premier League title almost in the bag and a Champions League semifinal to come against Paris St Germain.

While the League Cup is lower down Guardiola’s priorities there was no disguising his joy as he became the first manager to win the League Cup in four successive seasons, claiming his 30th piece of silverware as manager in the process.

It had added significance as the final was played in front of the biggest crowd since Britain went into a first Covid-19 lockdown last March — one of the government’s test events to get fans safely back into venues as restrictions ease.