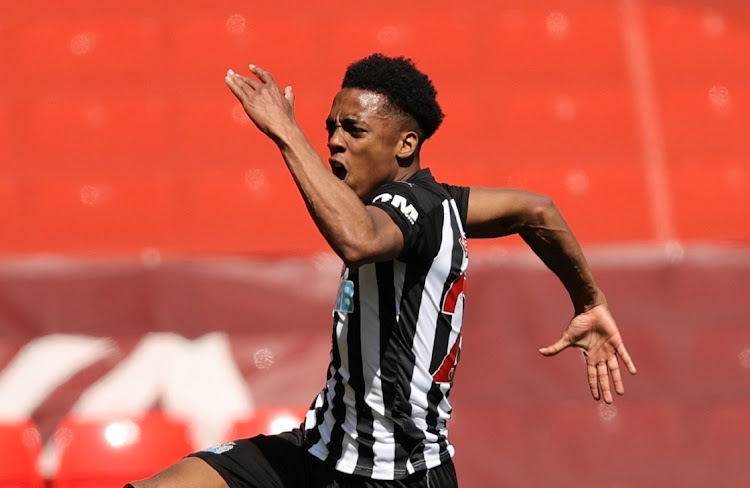 Bengaluru — Liverpool manager Jurgen Klopp says his side have nothing to lose in the remainder of the Premier League season after Saturday’s 1-1 draw with Newcastle United and must become an “angry” team again in the home stretch to rediscover form.

Champions Liverpool opened the scoring at Anfield inside three minutes through Mohamed Salah, but Newcastle substitute Joe Willock equalised in the dying seconds of stoppage time to frustrate the hosts.

The result left Liverpool in sixth place with 54 points from 33 games and dealt a blow to their Champions League qualification hopes, with Klopp saying they did not deserve to be in Europe’s elite club competition on form.

The German backed his injury-plagued team to hit top gear again when their first-choice defenders including Virgil van Dijk return and supporters are back in the stands but said immediate solutions were needed.

“It’s like every player in the world needs momentum and positive feedback from himself and in certain situations, but the long-term solutions are fine,” Klopp told reporters. “The short-term solutions we have to work on. It’s not too simplistic to say that [having fans and injured players back will fix problems], I know because when the season is over and some defenders come back we’ll all of a sudden play again.

“But we have to become a very tricky team to play against, an angry team in a positive way... and we’ll become that again. We now have the chance, definitely nothing to lose any more, it’s like this because now we’re in the situation.”

Liverpool next visit second-placed Manchester United in the league on May 2.

Newcastle  manager Steve Bruce has called for a further review of the handball rules after striker Callum Wilson’s late goal was chalked off in Saturday’s  draw at Liverpool.

Newcastle thought they had equalised in stoppage time when Wilson bundled the ball into the back of the net. But the goal was disallowed after the intervention of the video assistant referee (VAR) as the ball hit Wilson’s elbow from close range after goalkeeper Alisson Becker made a save.

“We’re going to have to look at these crazy rules. You think ‘what a ridiculous decision’. We’re taking the letter of the law too literally. Do we want a situation of players running at full pelt with their arms behind their backs, it’s ludicrous.

“It makes a mockery of it. It’s not the fault of VAR, it’s the fault of the rules but the goal shouldn’t be chalked off. It’s something we have to address. I might have been sitting here talking about a 2-1 win.”

Football’s rule maker IFAB in March changed the laws of the game effective July 1 so that accidental handballs leading to a teammate scoring will no longer be penalised. However, the changed rules would not have affected the outcome in Saturday’s game as goals scored directly from the arm or hand or immediately after will continue to be ruled out, even if accidental.

Daniel Pinto’s firm was bankrolling the breakaway soccer project, anticipating millions in fees, then the fans spoke out
Companies
9 months ago

‘It was emotions running high in the game, but there was no swearing or anything like that’
Sport
9 months ago