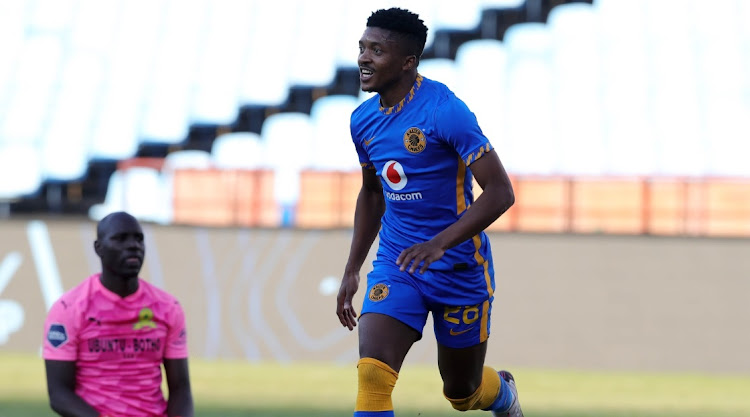 Kaizer Chiefs ended Mamelodi Sundowns’ unbeaten record in the league when they beat the premiership leaders 2-1 at Loftus stadium on Sunday.

Sundowns had gone 22 games unbeaten this season, and given that Chiefs have struggled since coach Gavin Hunt took charge at the start of the campaign in 2020‚ few expected the visitors to trouble the star-studded home side.

But Chiefs had other ideas, and after going down to a first-half goal from Gastón Sirino‚ they clawed their way back into the match to win with goals from Mosa Lebusa [own goal] and Dumisani Zuma.

A gracious Hunt said while Sundowns remain a supremely gifted side‚ Chiefs deserved to leave the nation’s capital with all three points after dominating the Premier Soccer League  champions.

“We had a lot of good opportunities‚ which we did not take‚ which has been the story of our season … so good determination and good effort‚ we deserved something for a change‚” Hunt said.

Sundowns coach Manqoba Mngqithi insisted they should have won and his players “messed around” when they had an opportunity to finish off the game while in the lead.

Chiefs were 11th place on the standings before the match and arrived at Loftus on the back of a deflating 2-1 home defeat to Cape Town City on Wednesday.

The Brazilians were the first to get their name  on the scoreboard after Sirino put them in the lead in the 34th minute.

They had appeared to be cruising to another win when an innocuous cross from second-half substitute Samir Nurković was deflected into the back of Denis Onyango’s net by Lebusa in the 71st minute.

Chiefs were not done and returned to haunt the home side when Zuma held his nerve to beat Onyango in a one-on-one situation three minute later.

Chiefs had a litany of opportunities to breach Onyango’s goal in the first half‚ but they contrived to waste the many chances they created.

Sundowns signalled their intentions early on and after one of their patient build-ups‚ Lyle Lakay was able to slip through the sea of blue Chiefs shirts and fired a low shot that sneaked past the diving Itumeleng Khune‚ and desperately close to the upright in the 22nd minute.

It was evident Khune would be required to put in a hard shift and was called on numerous occasions to stop the marauding Sundowns forwards‚ Sirino and Lakay in particular.

But there was little he could do when Sundowns initiated a patient build-up from close to the centre line and after Themba Zwane had given the ball his touch of approval‚ Sirino did the rest and beat Khune after shrugging off Daniel Cardoso.

Leonardo Castro could have brought the visitors level shortly before the break‚ but he was thwarted by Khama Billiat.

Chiefs returned with determination in the second period, and as Hunt pointed out‚ they deserved to be rewarded after working hard to win the game.

Chiefs had an appeal for a penalty turned down after the ball hit Lakay’s hand but will be happy they emerged from this encounter with all the points.

Chiefs face struggling Eastern Cape side Chippa United in their next match at FNB Stadium on Wednesday and Sundowns welcome Golden Arrows to Loftus.

‘It was emotions running high in the game, but there was no swearing or anything like that’
Sport
2 weeks ago