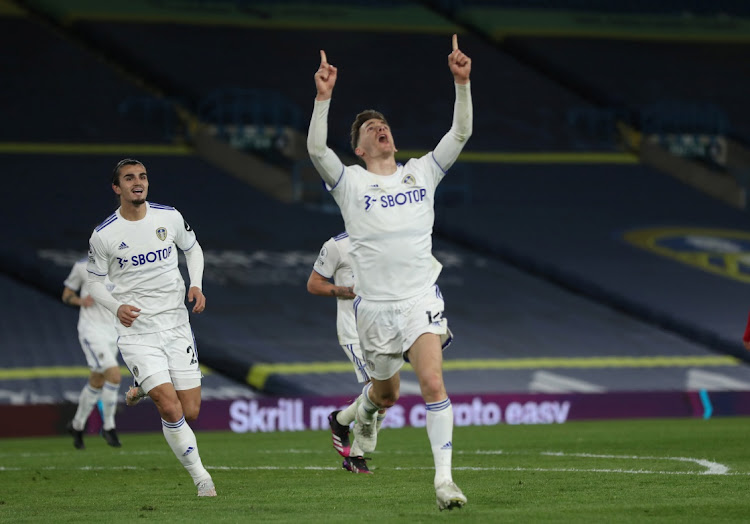 Leeds — An 87th-minute header from defender Diego Llorente gave Leeds United a 1-1 home draw with Liverpool in the Premier League on Monday after the home side staged a protest against the breakaway Super League before the kickoff.

Leeds players came out for their warm-up wearing shirts emblazoned with the slogan “Earn It” under the Champions League logo — a reference to the fact that the proposed 20-club Super League will have 15 permanent members with no relegation.

A plane flew overhead trailing a banner proclaiming “say no to superleague” while the Liverpool team coach was greeted with fans venting their anger.

The result left Liverpool sixth on 53 points from 32 games, one behind fifth-placed Chelsea who have a game in hand and two adrift of West Ham United in fourth. Leeds stayed 10th on 46 points.

Leeds manager Marcelo Bielsa praised his team for digging deep to avoid defeat. “There were periods when one dominated the other,” he told the BBC. “Perhaps in the second half when we were losing we had more continuity when we were searching for the equaliser.

“We kept on being dangerous even though the opponent was defending close to their goal.”

His Liverpool counterpart, Juergen Klopp, put on a brave face after his team let victory slip away from their grasp. “It is disappointing of course but we cannot say it was not deserved for Leeds,” he said. “We had big chances in the first half but didn’t use those.

“We will fight for the Champions League with all we have. This a point more in the end. It is always best to win all the games but if not we have to shake a bit and go again, and that is what we will do.”

Sadio Mane fired Liverpool ahead in the 31st minute when he steered the ball into an empty net from 15m after Trent Alexander-Arnold beat Leeds goalkeeper Illan Meslier to a long Diogo Jota pass and squared it to the Senegalese forward.

Roberto Firmino came close to adding a second shortly after the break but Leeds then pegged back the visitors and missed several chances before Llorente rose above his markers to head home a Jack Harrison corner.

Substitute Mohamed Salah had scuffed a close-range shot wide for Liverpool moments before Llorente scored his first goal for Leeds and Alex Oxlade-Chamberlain spurned a gilt-edged chance to snatch a stoppage-time winner for the visitors.