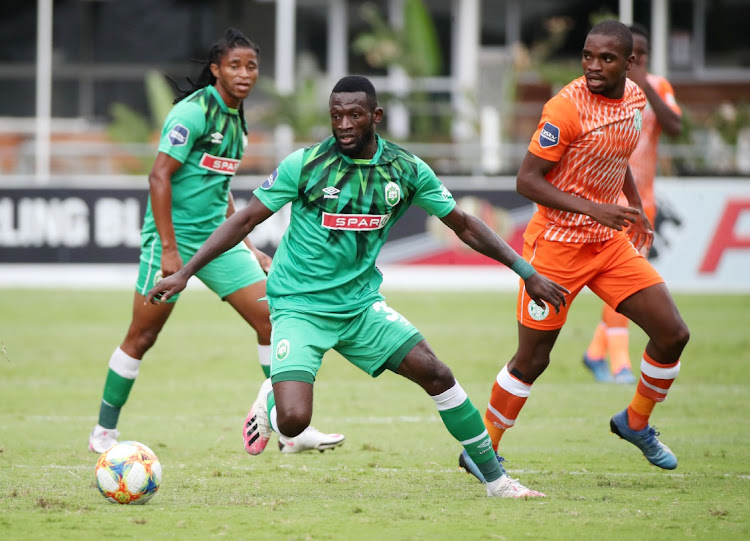 AmaZulu host Premier Soccer League (PSL) leaders Mamelodi Sundowns in a match Augustine Mulenga hopes will close the gap between the two sides when they meet at Durban’s Kings Park Stadium on Wednesday.

The 31-year-old Zambian international said beating Sundowns‚ who have won the PSL title three times in the past three seasons‚ would signal second-placed AmaZulu’s intent as serious title contenders this season.

“Everyone has been pushing and looking forward to this game against Sundowns‚” said the former Orlando Pirates striker. “As for me‚ I’m also looking forward to it because it’s a big game‚ and the three points are going to take us closer to them [Sundowns]. They are the league leaders.”

AmaZulu coach Benni McCarthy’s charges have had a fabulous run and won their last six league matches to move to second place ahead of the Wednesday’s meeting against the defending champions‚ who have an advantage of six points and two games in hand over the Durban club.

AmaZulu are unbeaten in 12 league matches and Mulenga‚ who has contributed nine assists and four goals in the league‚ said they have a chance to close the gap if they beat the Brazilians on Wednesday.

The Zambian is pleased with his form after struggling to maintain a regular starting berth at Pirates last season.

“Each player has got his duty on the field and for me what I’m always looking forward to is if I don’t score at least I can assist‚” he said. “That makes me happy because it means I’m doing something for the team. Sundowns are a good team and what I can emphasise to my teammates is just that we must not make a lot of mistakes.

Playing alongside Lehlohonolo Majoro‚ Bongi Ntuli‚ Siphelele Mthembu and Luvuyo Memela in Usuthu’s attack-heavy system‚ Mulenga has been key for McCarthy and linked up with the strikers‚ including scoring vital goals himself.

A win for Usuthu‚ who were initially just aiming for a top-four finish after a number of years fighting relegation under the previous owners‚ would take them to within three points of Sundowns.

Tottenham should have waited until after the League Cup final to fire their manager, says former England skipper
Sport
9 months ago

The Brazilians will need to dig deep to overcome their punishing match schedule, says the co-coach
Sport
9 months ago