Spurs have slumped after a promising start to the league, leaving fans disgruntled by the coach’s style of football 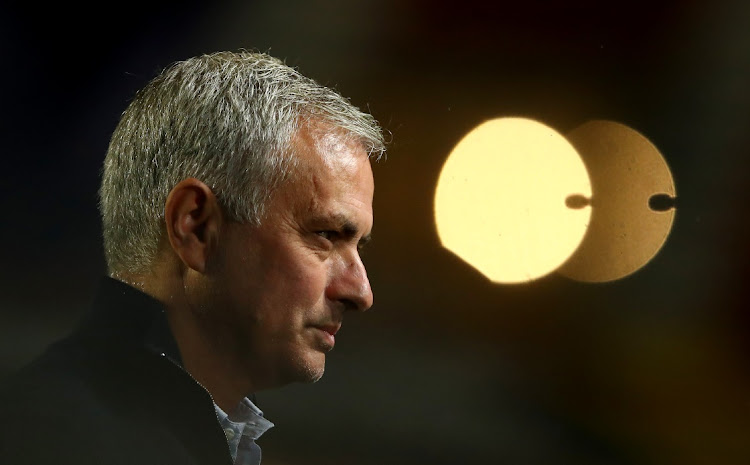 London — Jose Mourinho was sacked as manager of Tottenham Hotspur on Monday after 17 months in charge of the London club and six days before they will appear in the League Cup final.

Tottenham confirmed in a statement that Mourinho had left along with his coaching staff. “The club can today announce that Jose Mourinho and his coaching staff Joao Sacramento, Nuno Santos, Carlos Lalin and Giovanni Cerra have been relieved of their duties,” it said.

The news comes the morning after the London club said it was one of 12 clubs forming a breakaway European Super League, a development that has been widely condemned and threatens a bitter power struggle in the European game

The 58-year-old former Porto, Chelsea, Inter Milan, Real Madrid and Manchester United manager had been in charge of 86 games at the club, having replaced the popular Mauricio Pochettino in November 2019.

Having taken charge with the club in 14th place in the Premier League, they finished in sixth spot last season. His first full season in charge began well with the club beating Manchester United and Manchester City and topping the table in December.

But they have since slumped with fans disgruntled by the style of football and mystified by the lack of game time given to Gareth Bale and Dele Alli. Tottenham have also become overly reliant on the goals of Harry Kane, who took his tally to 21 for the season in the league with a double against Everton on Friday but who is being linked with a move away from the club.

The 2-2 draw at Everton left Tottenham in seventh place and they have won only one of their last five league games, all but ending their top-four hopes. They also suffered an embarrassing Europa League last-16 exit against Dinamo Zagreb, losing the away leg 3-0 having won the first leg 2-0.

The timing of Mourinho’s sacking denied him the chance of landing Tottenham’s first trophy since 2008 as he had taken the club to this Sunday’s League Cup final against Manchester City.

Mourinho, a former Fifa World Coach of the Year, is one of the most decorated managers in football and has delivered silverware wherever he has been since joining Porto in 2002.

Tottenham chair Daniel Levy turned to Mourinho as the man to do the same for Tottenham, a club that boasts one of the best stadiums and training grounds in the world but have consistently fallen short on the pitch. However, results and performances have tailed off alarmingly this season and, since the end of January, Tottenham have won only five of 14 Premier League matches.

Mourinho has always been known for his pragmatic style and the steely mentality of his teams but Tottenham have dropped 20 points from winning positions this season.

“Jose and his coaching staff have been with us through some of our most challenging times as a club,” Levy said on Monday. “Jose is a true professional who showed enormous resilience during the pandemic. On a personal level, I have enjoyed working with him and regret that things have not worked out as we both had envisaged.”

Tottenham said former midfielder Ryan Mason will be in charge of the first team on Monday. RB Leipzig manager Julian Nagelsmann is tipped as one of the favourites to take over from Mourinho, though he is also touted to replace Hansi Flick at Bayern Munich.

Football is a game in which you never give up and you have to fight, says manager
Sport
1 month ago
Next Article