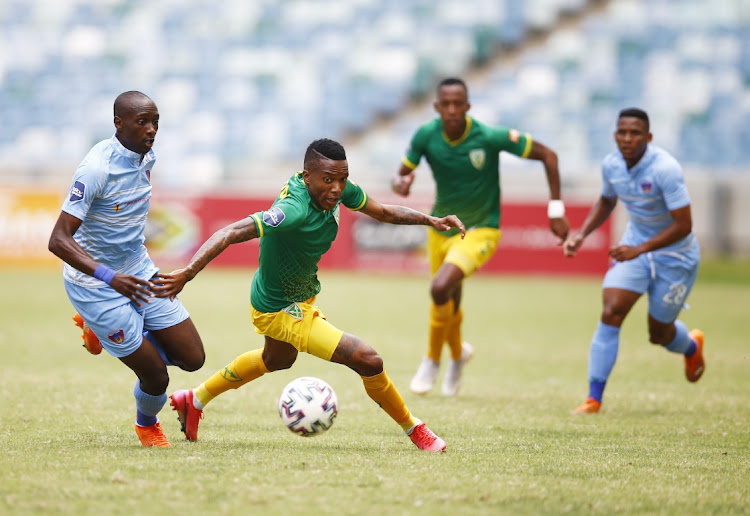 Ten-man Lamontville Golden Arrows lost ground in the Premiership title chase after they were held to a 1-1 draw at home against mid-table Bloemfontein Celtic in Clermont on Sunday.

Defender Mzwanele Mahashe headed the visitors into the lead after 34 minutes for his second goal of the season but Arrows responded in the second half when Zimbabwean Knox Mutizwa equalised 18 minutes from time for his fifth league strike of the campaign.

With their KwaZulu-Natal rivals AmaZulu claiming second spot after a hard fought 1-0 win over Stellenbosch FC on Friday‚ the draw at the Sugar Ray Xulu Stadium left Arrows stuck in third place on the Premier Soccer League standings. They trail AmaZulu by two points and log leaders Mamelodi Sundowns by five.

Sundowns will be looking to extend their lead over AmaZulu to six points when they confront struggling Chippa United in Mdantsane on Monday.

Arrows have been the surprise package of the season after finishing in the bottom half of the log last season. They have punched above their weight this season and can dream of a maiden Premiership title with eight matches remaining.

Coach Mandla Ncikazi’s Arrows will hope to bounce back to winning ways on April 21 when they travel to Atteridgeville to face SuperSport United while Celtic will be back in action against Swallows FC a day earlier.

The player, on loan from Manchester United since mid-season, took his tally for the Hammers to eight goals with two strikes before half-time
Sport
2 months ago