Amakhosi need a win or a score draw to qualify 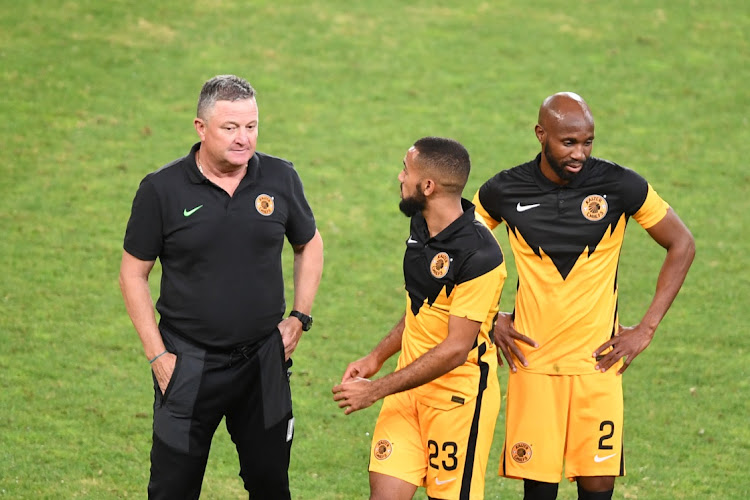 Kaizer Chiefs will try to take the confidence they gained from probably their best performance of the Caf Champions League group stages beating Wydad Casablanca when they meet Horoya in Guinea on Saturday in the decisive game for the quarterfinals.

Going into the tie at General Lansana Conte Stadium in Conakry, both teams are on eight points and gunning for a quarterfinal spot. The game is due to kick off at 9pm SA time.

The head-to-head ruling means a goalless draw or win to Horoya‚ who drew 0-0 in Johannesburg‚ would see the Guinean side through on a superior goal difference. A draw with goals or victory to Chiefs will see them qualify.

Amakhosi‚ though‚ are also counting the costs of a 1-0 victory with nine men against an admittedly understrength Wydad at FNB Stadium last Saturday‚ where the red cards to goalkeeper Daniel Akpeyi and striker Samir Nurković left Chiefs with two crucial players suspended.

Reeve Frosler‚ though‚ feels the benefits of a morale-boosting‚ performance playing with 10 men for more than 50 minutes after Akpeyi was dismissed can outweigh the drawbacks.

“We’re feeling confident‚ feeling good. You look at the last result in the Caf‚ it was a good result for us‚” the right-back and one of Chiefs’ most consistent performers in 2020-21 said. “So we’ll take that confidence into the next game and hopefully we can continue to do well in the competition.”

Horoya were fortunate to come away with a draw in Johannesburg in February‚ when Nurkovic had a seemingly legitimate goal ruled offside.

“I think for us the most important thing is to stay confident in ourselves‚ and trust our ability‚” Frosler said.

Frosler, 23, is part of Chiefs’ young brigade‚ which includes Happy Mashiane (23)‚ Nkosingiphile Ngcobo (21) and Njabulo Blom (21) — who will be eligible for coach David Notoane’s SA Under-23 team for the delayed Tokyo Olympics in July and August.

The experience in the Champions League has visibly improved those players.

“It gives us a lot of experience at continental and international level. And hopefully we will take this experience and learn from it when we do get a chance playing for our national teams‚” Frosler said.