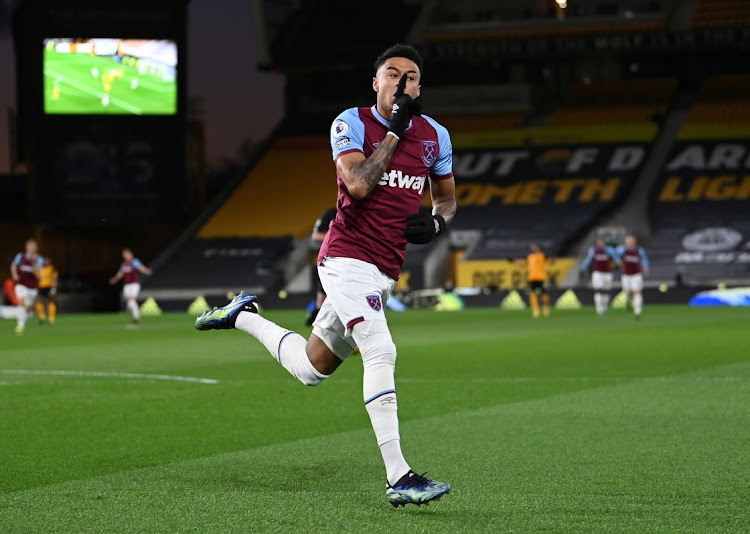 London — Jesse Lingard’s loan move from the Old Trafford shadows to the West Ham United spotlight has proved to be a masterstroke with both club and player entering the final weeks of the season chasing targets that looked unthinkable last year.

The 28-year-old attacking midfielder’s arrival at the London Stadium in the midseason transfer window has proved the catalyst for West Ham to mount a challenge for a top-four finish that grows more credible by the week.

After scoring twice on his West Ham debut in February, Lingard has netted four times since with his latest, a superb solo effort in the 3-2 win at Wolverhampton Wanderers on Monday. That win lifted West Ham into fourth place with eight games left — an incredible turnaround from the same stage of last season when a 2-0 home defeat by Wolves left them above the relegation zone on goal difference.

Lingard’s displays earned him an England recall for the recent World Cup qualifiers, after a two-year absence, and his performances augured well for a place in Gareth Southgate’s squad for the European Championship.

While the prospect of a top-four finish, and a first appearance in the Champions League, is sparking a frenzy of excitement among West Ham fans, the next few weeks might be every bit as excruciating as the usual relegation battle.

On Sunday, West Ham host third-placed Leicester City, by which time Chelsea, who face Crystal Palace on Saturday, might have dislodged them in the top four.

Liverpool, whose 3-1 defeat by Real Madrid in midweek means a top-four finish now might be their only route back into the Champions League, can also move above West Ham if they beat Aston Villa at home on Saturday.

With sixth-placed Tottenham Hotspur hosting second-placed Manchester United immediately after West Ham’s clash with Leicester, this weekend is shaping up to be a pivotal one in the race to secure a top-four finish.

West Ham’s hopes of finishing in the top four in the top flight for the first time since they came third in 1986 suffered a blow when midfielder Declan Rice was ruled out for several weeks with a knee injury.

Striker Michail Antonio is also doubtful for the weekend after going off injured against Wolves, but manager David Moyes, in his second spell with the club, has instilled a resilience in a squad that, unlike in the past, relies not on individuals but boasts collective strength.

Craig Dawson has added strength to the heart of defence, fullbacks Aaron Cresswell and Vladimir Coufal have given West Ham potency out wide while big Czech Tomas Soucek has been a revelation since joining last season. Lingard has completed the puzzle.

Vastly experienced club captain Mark Noble has been used mainly as a substitute in recent months but his calm assurance was vital on Monday as Wolves mounted a stirring comeback.

“This team has got a bit of everything,” Noble said after the Wolves win. “We are loving it. After the boss came back we had to survive relegation and now to have the season we are having, it’s incredible.

“But now we have to play a fantastic Leicester side and we have to keep rolling on. We’ve got to keep pushing.”

Victory over Leicester would not only safeguard West Ham’s place in the top four, it would leave them only one point behind Brendan Rodgers’s side who will be eager to get back to winning ways after a 2-0 defeat by leaders Manchester City.