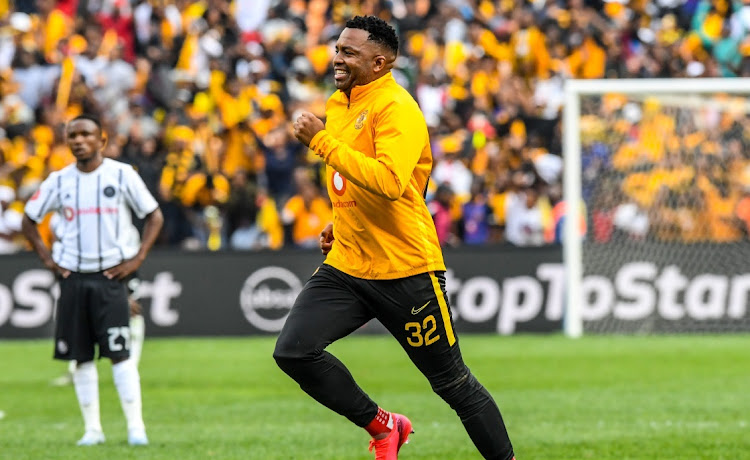 Itumeleng Khune fell out of love with the game‚ Kaizer Chiefs coach Gavin Hunt says of his goalkeeper who recently experienced personal tragedy with the death of his sister in a fire.

Khune was given leave before the past Fifa international date after the death of 27-year-old Mapula Khune on March 4. He made a return to play off the bench when Daniel Akpeyi was red-carded in the 40th minute of Chiefs’ 1-0 Caf Champions League win against Wydad Casablanca at FNB Stadium on Saturday.

Khune’s struggles with fitness‚ injuries and form for the past three years have seen the goalkeeper slip down the pecking order at Chiefs and the national team.

Finally‚ on the back of Khune’s recent personal tragedy,  Hunt became the first Chiefs coach to express what many believe — that the 33-year-old gloveman seems to have lost interest in the game in recent years.

Hunt was asked if given that Akpeyi will be suspended for Chiefs’ final Champions League Group C game in Conakry‚ Guinea‚ on Saturday, whether Khune will start in Amakhosi’s Premier Soccer League match against Stellenbosch FC at FNB Stadium on Tuesday.

The Chiefs coach said he would have to think about that‚ then‚ appearing visibly affected by the tragedy that has befallen his goalkeeper‚ gave an unusually frank assessment of what he feels has afflicted Khune’s career‚ and revealed that he has had conversations with the keeper about it.

“I’ll think about that in the next day or two. I mean‚ he’s had a hell of a time in his life‚ you know, with what’s happened‚” Hunt said. “But he’s one who I can see he’s coming back mentally.

“I always felt Itu’s problem — and I’ve said it to him‚ I don’t hide it — is that I think he fell out of love with the game. You know‚ you’ve got to love the game.

“And sometimes it happens in football‚ and sometimes you need a jolt. And what’s happened to him off the field is tragic.”

Hunt said he has “seen a certain something that’s coming back” in the player, “mentally and a love of the game”.

“You’ve got to go to training every day and love it. We’ve spoken about it.”

Chiefs’ win against Wydad‚ which also saw Samir Nurković sent off in the 89th minute and Bernard Parker scoring the 48th-minute winner‚ left them needing a result in Conakry.

The head-to-head ruling means Amakhosi can draw with goals scored‚ or must win‚ to reach the quarterfinals.

A win against Horoya‚ who drew 0-0 in Johannesburg‚ or a goalless draw‚ will see the Guinean outfit‚ who have a better goal difference in Group C‚ go through.

Young forward ‘was bright, tidy, clean on the ball’ and may feature more often during the rest of the season
Sport
5 months ago