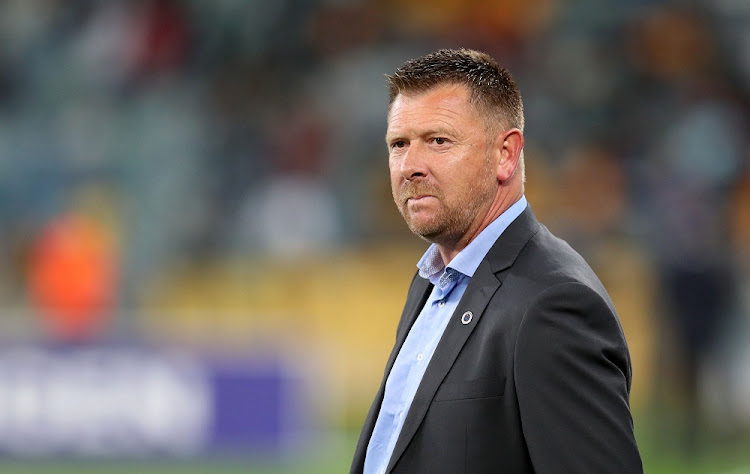 Eric Tinkler has put his hand up for the vacant Bafana Bafana coaching job.

The job became vacant after Molefi Ntseki was shown the door on Wednesday after failing on Sunday to qualify for next year’s Africa Cup of Nations.

Several coaches have already been linked to the plum but challenging seat. Tinkler said he would jump at the chance to coach the national team.

“Obviously I would never turn down an opportunity such as coaching the national team. That will always be a great opportunity, but to be honest with you I don’t think that call will come‚” he said.

The former Orlando Pirates and SuperSport United coach‚ who was part of the Bafana squad that won the Africa Cup of Nations in 1996‚ has been out of a job since he was fired by Maritzburg United in late 2020.

Ntseki’s sacking has sparked a frenzy, and fans have suggested Al Ahly coach Pitso Mosimane‚ AmaZulu’s Benni McCarthy‚ Tinkler and many others to take over.

Tinkler said it was disappointing that Bafana have failed to qualify for the Cup of Nations finals as this also potentially puts Vision 2022 in jeopardy.

He continued: “We had a symposium in 2011 where all of these issues about youth development‚ structure and identity of the national team were discussed‚ but nothing has happened.

“We have to start qualifying for major tournaments, and the other important thing is that we can’t just keep on putting the blame on the coach‚” he said.

“Many coaches have been in charge of Bafana Bafana. I am sorry‚ but to continuously put the blame on coaches is something I completely disagree with.

“First and foremost, we have to be looking at ourselves within the hierarchy of football, and the players also need to start looking at themselves.

“This business of blaming coaches all the time must come to an end because there is only so much a coach can do. Once the players are out on the field‚ they need to produce and the coach can’t score the goals. They are the ones who are in charge and it is too easy to blame the coach.”