Failing to qualify for Afcon confirms Bafana’s slide into ignominy 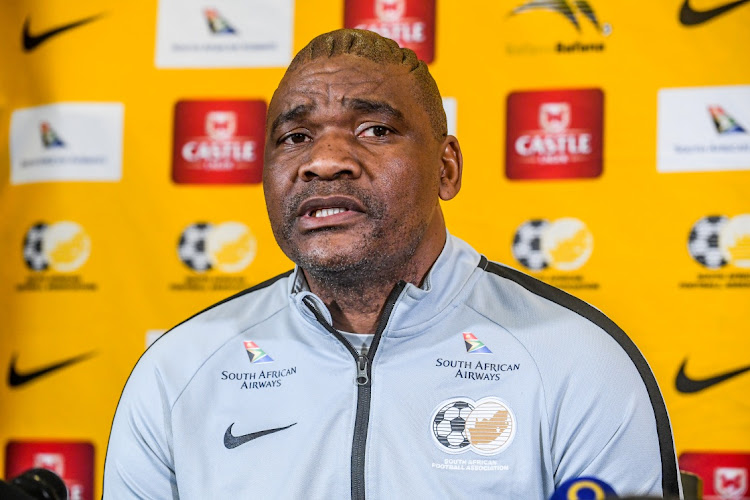 Beleaguered Bafana Bafana coach Molefi Ntseki says he is aware of the “emotional pain” caused to millions of South Africans after the national team failed to qualify for the Africa Cup of Nations (Afon) on Sunday.

Ntseki’s team were beaten 2-0 by Sudan at Al Hilal Stadium in Khartoum in a result that confirmed Bafana’s slide into ignominy.

Many are calling for the coach’s head and he conceded the embarrassing result has caused a lot of pain in this part of the world.

“As passionate South Africans‚ the expectation obviously was for Bafana Bafana to qualify for Afcon and maybe do better than the last time we were in the Afcon‚” he said. Bafana reached the quarterfinals in the 2019 tournament under former coach Stuart Baxter after knocking out hosts Egypt in the previous round.

“The disappointment also goes to every South African. I think as players and as coaches‚ we are very much aware of the disappointment‚ the emotional pain we have caused. Also being aware of the pain‚ the pain is more from us because we were there and we were almost in Cameroon [at next year’s Cup of Nations] because of the points we accumulated along the road.

“Also‚ we need to be very honest with ourselves in terms of the challenges we faced coming to the games against Ghana and Sudan‚ and because of Covid we could not get our regular players for Bafana.

“And again‚ with the players that we brought in who did very well against Ghana‚ we were looking forward to having those players against Sudan, and then they were excused from the team because of injuries. We had to start from afresh in terms of bringing in new playing personnel.”

The Confederation of African Football (Caf) took the decision to expand the Cup of Nations from 16 to 24 teams in 2019 and many at the time felt this would reduce the excitement of the qualifiers as it gave the bigger teams more opportunities to qualify.

But Bafana clearly did not read the script as they failed to emerge from a group that included Ghana‚ Sudan and São Tomé and Príncipe.

“If you look at how we started‚ we were very positive. The expectations were created to say the team will do well against Ghana at home and Sudan away.

“Drawing against Ghana at home [last week]‚ I think‚ made life difficult for ourselves going to Sudan. We started on the wrong foot,  conceding very early.

“We saw what happened in the second half. We approached the game differently and we made tactical changes. We made changes in terms of playing personnel. But on the day we could not get a goal or see ourselves getting an equaliser.”

Ntseki was given a mandate by his SA Football Association (Safa) employers to qualify for Cameroon and he is well aware he has failed to deliver.

“I think the disappointment is not only for us‚ the big disappointment is also for Safa. The mandate is very clear‚ to see the team qualify for every continental and world tournament so that we can put Bafana Bafana on the map again in terms of the type of football we play and the results we get.