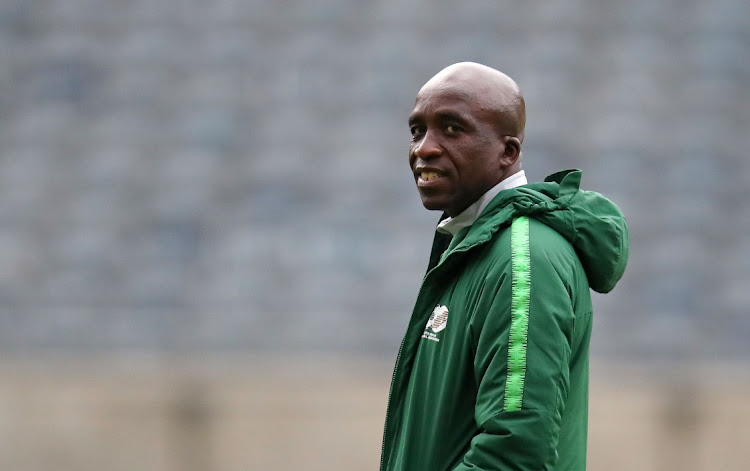 The SA Under-23 national football team assembled in Durban on Sunday as they continue preparations for the Tokyo Olympic Games.

Coach David Notoane has named a 24-man squad of locally based players for a training camp to run until March 29.

“We would have loved to have our overseas-based players but that was hindered by Covid-19 regulations‚” said Notoane.

The training camp is a second wave of preparations for the team as they kicked off with two friendly games away against Saudi Arabia in Jeddah in November‚ losing 3-2 in the first match and drawing 1-1 in the second.

The SA Football Association did not provide details of the camp but the team is expected to play practice matches against some of the top teams from KwaZulu-Natal during the international break.

Notoane said the training camp is aimed at enhancing technical understanding and assessing new players to see how they adjust.

“The aim of this camp is to bring the local group together and assess them‚ especially those who are new in the set-up such as Ashley Du Preez of Stellenbosch FC‚” said Notoane.

“We further want to sort out our centre back position and make sure that when the time comes for selection‚ we are ready.”

Notoane played the centre-back pairing of Ukraine-based captain Tercious Malepe and Siyabonga Ngezana of Kaizer Chiefs in the two friendlies in Saudi Arabia.

TS Galaxy captain Given Msimango‚ Cape Town City’s Keanu Cupido‚ Luke Fleurs from SuperSport United‚ Chippa United’s Sandile Mthethwa and Katlego Mohamme of University of Pretoria are some of the options available for Notoane at centre-back.

Notoane would have been impressed after Ngezana started for Chiefs in the Soweto derby win over Orlando Pirates on Sunday along with fellow Under-23 national teammates Reeve Frosler‚ Nkosingiphile Ngcobo and Happy Mashiane.

The coach says opponents in Sunday’s match have a strong, diverse squad
Sport
2 months ago

Four players will not be returning for the matches against Ghana, but five are in the team
Sport
2 months ago