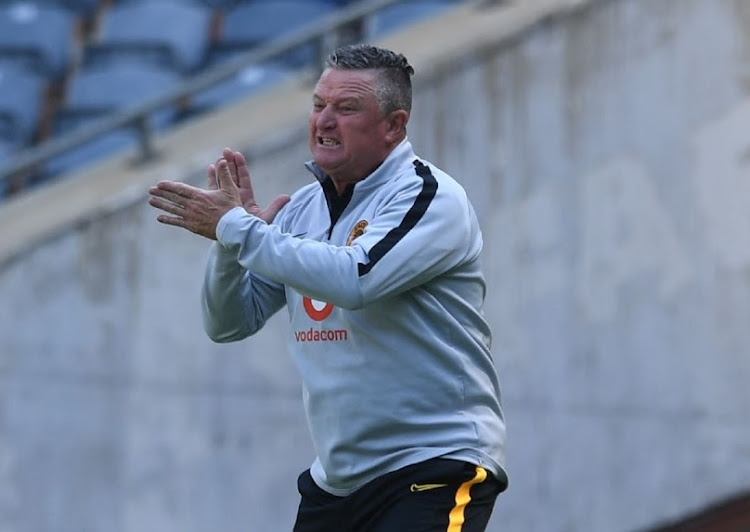 Gavin Hunt has admitted Orlando Pirates have a stronger squad on paper‚ are a more settled combination and are in better form‚ but says Kaizer Chiefs have “just got to face up to it” in Sunday’s 100th league Soweto derby at FNB Stadium.

Battling Chiefs are in 11th place in the Premier Soccer League (PSL) and Hunt has battled for solutions amid a two-window Fifa transfer ban and with a squad that is in part notably young‚ and in part ageing‚ with not a lot in-between.

Pirates‚ whose German coach Josef Zinnbauer had six months in 2019/2020 to acclimatise to SA football and the PSL‚ and who made strong off-season signings‚ are in third place.

When asked about the current levels of Chiefs and Pirates‚ who he has lost to three times since his arrival at Chiefs in September‚ Hunt could not deny there is a gap.

“They’ve invested heavily in the squad‚ and it’s made them stronger‚ that’s for sure‚” the Chiefs coach said. “They’ve got a lot of options in their team‚ if you look across their squad. A very good squad of players‚ they’ve done well‚ and rightly so.

The coach was asked if he believes Chiefs’ expectant supporters understand his difficulties during the campaign‚ including the transfer ban‚ and will be patient with the rebuilding process.

“Listen‚ we are all disappointed — internally and the football club‚ the players and the staff. Everybody’s disappointed‚ we obviously also want to be better. But we’ve got to be realistic about these things‚” Hunt said.

“And if anybody’s more disappointed than me then I find that hard to believe. I don’t think I’ve lost to Pirates three times in my life. So it’s disappointing‚ but we’ve got to look forward and we’ve got to correct these mistakes and just do better.”

Hunt said he did not feel his team were outplayed tactically in the past three derbies — losing 5-0 on aggregate in the MTN8 semifinals‚ and 2-1 in the league — and pointed out that unfortunate breaks in all the matches were also costly to Amakhosi.

In the MTN8 first leg‚ for example‚ which Chiefs lost 3-0 at Orlando Stadium‚ Khama Billiat skimmed the crossbar and Leonardo Castro scuffed a shot from a good position in early chances. In the second leg at FNB Stadium, Siphelele Ntshangase hit the crossbar soon after the break with the score at 0-0‚ before Bucs ran out 2-0 winners.

Asked what he learnt tactically from the three defeats‚ Hunt said: “We got caught out‚ [the ball] took a deflection here or there. I wouldn’t say tactics.

“The ball was turned over‚ we had possession of the ball — you’re looking at two or three of the goals [that Chiefs conceded]. So‚ you know‚ people talk about tactics‚ I beg to differ a bit.”

Master of understatement talks up his embattled team, asserting they’ve got belief
Sport
3 months ago