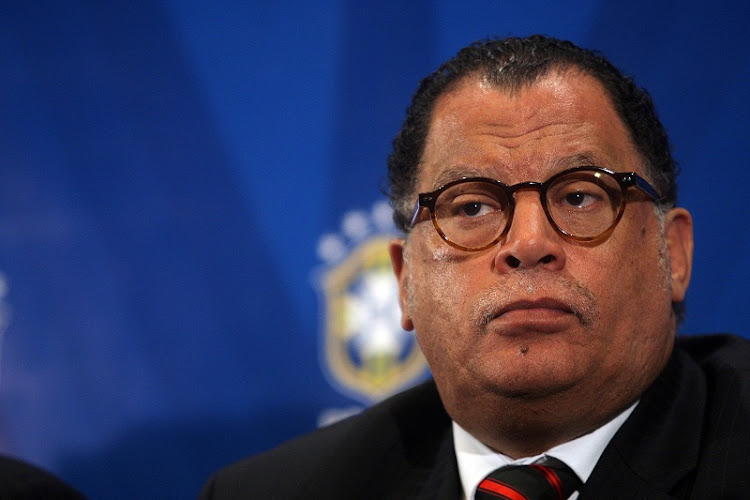 SA Football Association (Safa) president Danny Jordaan has reflected on the two international bids he has been a part of‚ one of which was successful and the second that is poised to be.

Jordaan travelled the world for seven years as the SA 2010 Fifa World Cup bid committee CEO, convincing global football heads to vote for the competition to be hosted in the country.

Since Safa announced that mining magnate Patrice Motsepe would run for the Confederation of African Football (Caf) presidency‚ Caf vice-president Jordaan has travelled all over the continent‚ with Mamelodi Sundowns owner Motsepe meeting many heads of Africa football associations.

A deal concluded over the past two weeks with Motsepe’s rivals has seen Augustin Senghor of Senegal‚ Jacques Anouma of Ivory Coast and Mauritania’s Ahmed Yahya withdraw their candidacies in return for leadership roles under Motsepe. The SA billionaire businessman is set to be ushered in unopposed at Caf’s elective congress in Rabat in Morocco on Friday.

A Safa insider said Jordaan brokered the deal‚ bringing Motsepe and Senghor together at the Caf executive meeting at the end of the African Nations Championship (Chan) in Cameroon in early February.

The Court of Arbitration for Sport ruled to reduce previous Caf president Ahmad Ahmad’s ban from football‚ imposed by Fifa in November for ethics violations‚ from five to two years on Monday‚ clearing the way for Motsepe to stand unopposed.

Jordaan was asked if those influential figures used the same knowledge of the crucial behind-the-scenes manoeuvres required for a successful Caf presidency bid by Motsepe.

Motsepe‚ in Caf terms‚ is a complete outsider and was the least favoured candidate to win the presidency when his candidacy was announced in November.

“They [African football heads] said‚ ‘Why do you bring an outsider? Why  don’t you stand? Because you are a vice-president of Caf‚ which is one step away from being president‚” said Jordaan.

“So I said‚ ‘No‚ we have to analyse what the issues of Caf are now‚ what the remedies are‚ and who the best person is to resolve those’.”

Jordaan’s travels with Motsepe during the campaign included two trips to the Chan in Cameroon, one at the start in January and another at the end in February.

The pair visited the Fifa Club World Cup in Qatar in February‚ where the Cecafa (Council for East and Central Africa Football Associations) FA presidents were encountered. They had travelled to the Caf Champions League final between Al Ahly and Zamalek in Cairo in December‚ meeting North African soccer bosses and the influential Moroccan and Egyptian heads.

With 13 of the 14 votes of Cosafa (Council of Southern Africa Football Associations) secured in a block‚ and West Africa apparently split and much of Cecafa behind Motsepe‚ the campaign was confident of surpassing the 27-vote threshold of the 54 FA heads.

Jordaan said there was a recognition of this from Senghor‚ Yahya and Anouma. This made an offer of Caf vice-presidencies for Senghor and Yahya‚ and an advisory role and executive position for Anouma‚ hard to refuse.