Manager Rodgers says if players can celebrate safely and ‘still make people laugh, then that’s what is important in what is a tough time’ 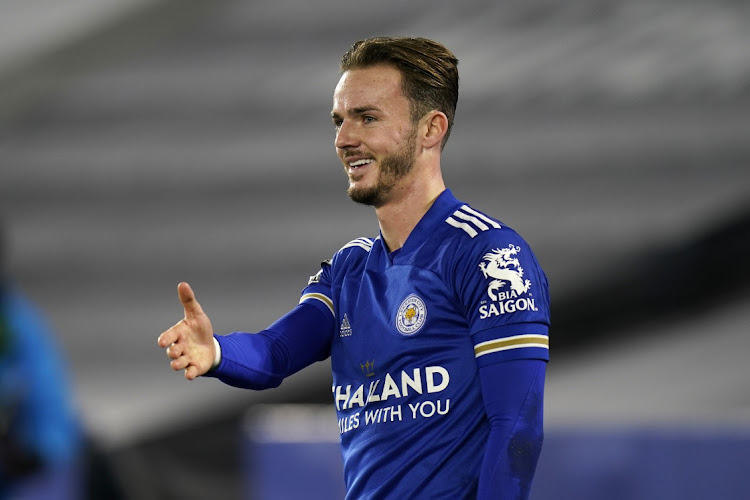 The sight of players huddling after goals has drawn criticism in Britain, with the rest of the population asked to follow strict Covid-19 distancing rules during the pandemic. Premier League chief Richard Masters had asked players to set the right example by not celebrating goals with the usual hugs.

Maddison and fellow goalscorer Harvey Barnes adhered to the rules on Saturday. Elsewhere, West Ham United’s Michail Antonio adopted a routine that looked like he was swimming backstroke across the London Stadium turf in their 1-0 win over Burnley.

“If things like that are what we need to keep football going, then so be it. We’ve been told to stop gatherings of people and I tried to make it lighthearted,” Maddison told BT Sport.

“Footballers get a lot of stick, and it’s nice to put a lighter note on it. I don’t think you will find one person in the country who wants football to stop.

“I hope [England manager] Gareth Southgate had his mask on, it’s nice to have him here.”

Leicester boss Brendan Rodgers said it was important for players to celebrate in the right way as it could influence people outside the game.

“Players in general want to do it for themselves ... but they also want to help the mood of the nation,” Rodgers said.

“I think when you score if you can [celebrate] safely and still make people laugh, then that’s what is important in what is a tough time.”

Teams in the 10 highest-grossing global leagues by revenue were ranked by revenue diversity, organisational agility and how they put technology to ...
Business
3 months ago
Next Article