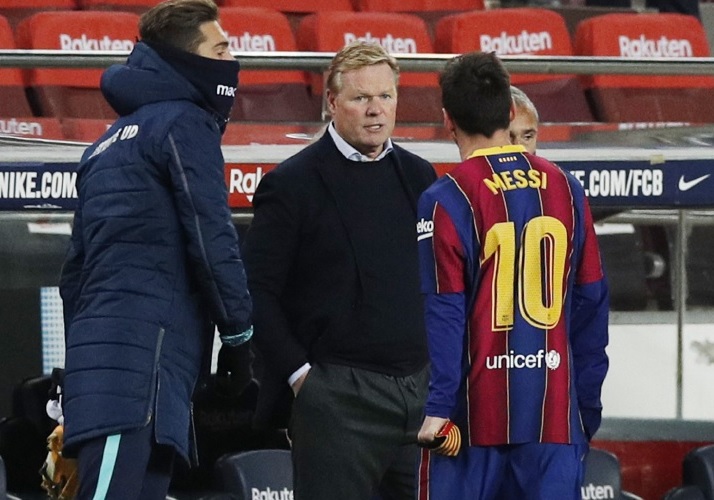 Madrid — Barcelona coach Ronald Koeman’s assertion that his side are mounting a challenge in the Liga title race will be put to the test on Saturday when Valencia visit the Camp Nou.

The Catalans have endured an inconsistent season so far, losing four times already in the league, and sit six points off pacesetters Atletico Madrid, Real Sociedad and Real Madrid.

However, with no team pulling away in a wide-open battle at the top, Barca are finding form and looked like being back to their best on Wednesday when they came from behind to beat Sociedad 2-1.

The result led a bullish Koeman to suggest he believes they can mount a title challenge. “Yes [we can], it’s in our hands and there’s a long way to go,” he said. “We played the best half we have all season, we were brilliant with the ball and we pressed hard.”

Koeman said Lionel Messi, Pedri and Oscar Minguez picked up knocks in the win but he expects them to be fit for the weekend. However, long-term absentees Gerard Pique, Ansu Fati and Sergi Roberto all remain sidelined along with forward Ousmane Dembele, who has a hamstring issue.

Real, who were facing a crisis at the start of December after defeat by Shakhtar Donetsk in the Champions League, have also been resurgent in the past fortnight and will seek to keep up their title charge when they visit Eibar on Sunday.

The champions have won their last four games in all competitions, including the derby against Atletico last weekend, to move level on points at the top — despite having played two games more than their city rivals.

On Saturday, Atletico will look to bounce back from that derby setback — their first defeat this season — when Elche visit the Wanda Metropolitano before Sociedad travel to Levante.