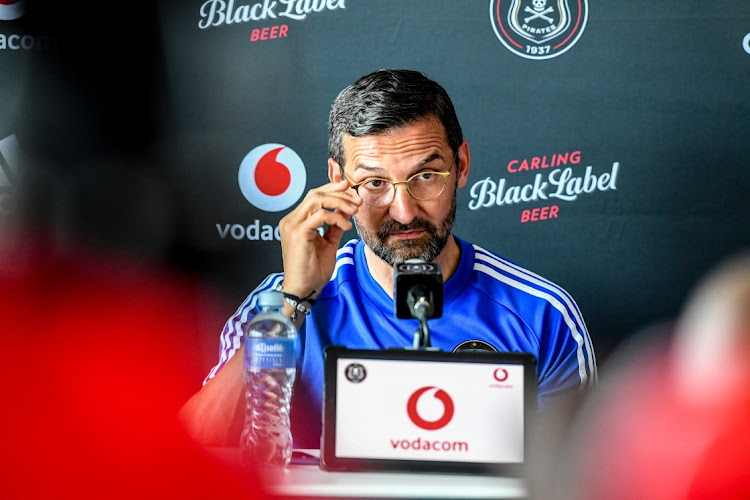 Orlando Pirates coach Josef Zinnbauer has done his homework on little-known Angola side Sagrada Esperança and knows what to expect when the sides meet in a Caf Confederation Cup second preliminary stage match next week.

The Buccaneers take on Esperança at the Estádio dos Coqueiros in Luanda on Tuesday and will be determined to start their campaign on a positive note after a bye in the first qualification stage.

Zinnbauer said they have footage of their obscure opponents and he believes they are not going to be easy to overcome at their ground.

“We have information about the team and we know what we have to do against them‚” said Zinnbauer. “It is not going to be an easy game for us because away games are always difficult on the continent. The opponent is not so bad and they look good because I have watched them together with the other coaches when we were analysing them.”

Pirates ended their domestic programme for the year with an impressive 1-0 win over Chippa United on Wednesday night.

Zinnbauer said their focus will be on the trip to Angola.

Looking back to the win over Chippa‚ which moved Pirates to third in the standings‚ Zinnbauer said it was not easy in the second half even though they had a numerical advantage after Chippa player Sandile Mthethwa was sent off.

“It is always difficult to play against a team that has 10 men because they get new power‚ and they fight and work more than they did before, knowing that they are short in terms of numbers. It is not easy but the important thing is that we won the match.

“I am also happy for our goal scorer Fortune Makaringe because he had a good performance overall. He was very good with the ball and earned his salary for his goal and a solid all-round performance.”

Chippa coach Lehlohonolo Seema praised his players for holding their own despite playing with a man down.

We will have to wait and see over the next two months, says PSL boss Danny Jordaan
Sport
4 months ago