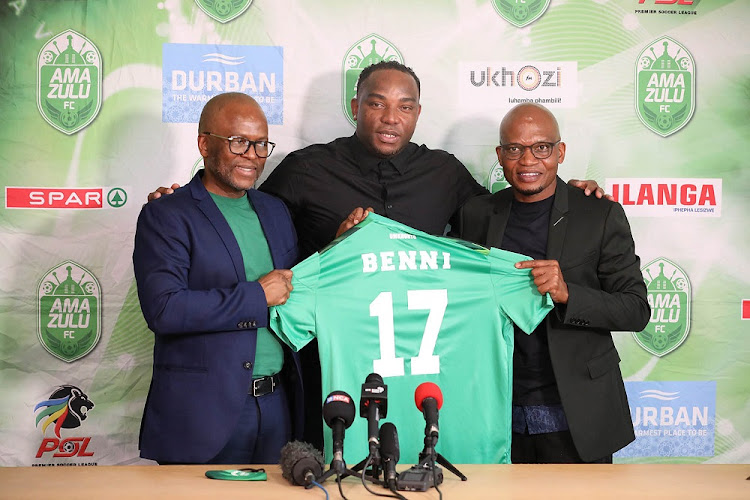 Ambitious AmaZulu have named Benni McCarthy as their new coach. The capture of the former Cape Town City coach is a coup for the big-spending Durban club.

Club chair Sandile Zungu splashed out on several new players at the beginning of the season and is targeting a Premier Soccer League top-four finish.

But McCarthy‚ who replaces Ayanda Dlamini‚ said he has set his sights higher. “The chairman wants the top four, but my ambitions are higher,” he said.

The former Bafana Bafana star said he is happy with the players he is inheriting and believes they can compete with the best in the league. “With the players that AmaZulu has‚ I don’t see why I cannot target top spot.”

The length of the contract was not revealed, but Zungu said he hopes that McCarthy emulates Pitso Mosimane‚ who stayed at Mamelodi Sundowns for eight years during a hugely successful run before his departure to Egyptian powerhouse Al Ahly in September.

“The contract is long enough for Benni to fulfil the ambitions of this team. If he still enjoys his time at AmaZulu‚ we will extend it.”

McCarthy said he is no longer the novice coach he was when he took over at Cape Town City. “I am a lot calmer and have more experience.”

But he will have his work cut out for him in Durban. AmaZulu are 11th on the standings with one win and three draws from six matches.