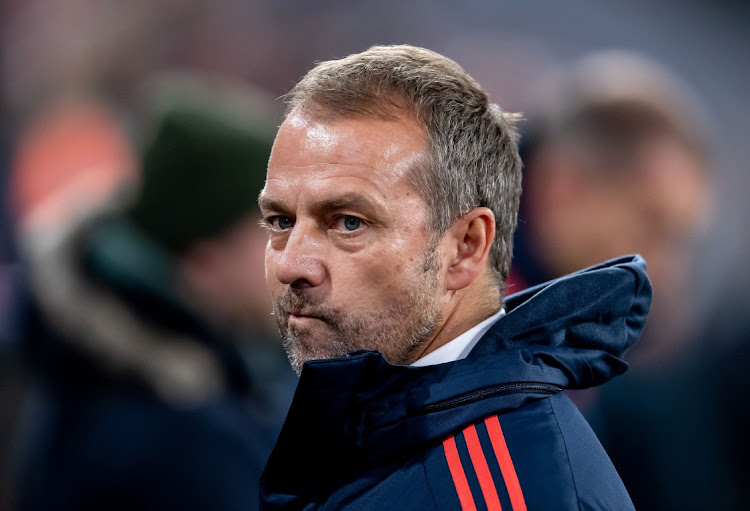 Berlin — Bayern Munich coach Hansi Flick has been the talk of the town this week, even though the German champions have not played a game in 10 days.

Spain’s 6-0 demolition of Germany in the Nations League on Tuesday has turned Flick into a potential successor to Germany coach Joachim Loew if he quits. While it is unlikely that Loew, in charge for 14 years, will leave right away, it is hardly surprising that his assistant from 2006 to 2014 should be linked with the job.

The Bayern coach has enjoyed a sensational first year in charge, winning five titles in 2020, including the Champions League and a domestic double, after taking over last November from Niko Kovac.

In his first Bundesliga appointment as head coach he has had more success than experienced predecessors such as Pep Guardiola and Carlo Ancelotti, neither of whom managed to bring the Champions League trophy to Munich.

When the Bavarians take on Werder Bremen on Saturday it will be Flick’s 50th game in charge in all competitions. The 55-year-old already boasts an eye-popping managerial record at the club of 45 wins, one draw and three losses.

Few would bet against Bayern defending their domestic league title, and it is no wonder German fans want him at the helm of a national team struggling since their shock 2018 World Cup first-round elimination and two straight Nations League group stage exits.

Bayern, chasing a ninth consecutive Bundesliga title, are on 18 points, two ahead of second-placed RB Leipzig and three in front of Borussia Dortmund, whom they beat 3-2 on the previous match day.

With an average of 3.3 goals a game in the league under Flick, Bayern will be looking for all three points against visitors Werder with the two playing a record 109th Bundesliga match against each other.

Top striker Robert Lewandowski, with 11 goals in eight league games so far, is in sensational form, and Germany internationals Manuel Neuer, Niklas Suele, Leon Goretzka, Leroy Sane and Serge Gnabry will be desperate to put the Spain fiasco behind them as quickly as possible.

Werder defender Ludwig Augustinsson said these players would be looking for immediate redemption when they take on his side.

“If you lose by so much, then you want to play again as soon as possible. They are top players and have the right mentality. They will see this as motivation and they will be very hungry on Saturday,” he said.

Arsenal meet £45m release clause for 27-year-old Ghana international, who should add some steel to their midfield
Sport
8 months ago
Next Article