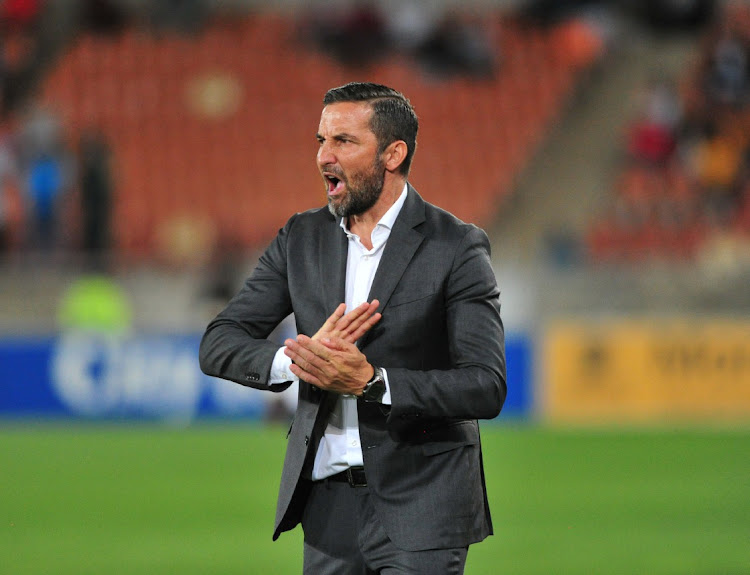 Orlando Pirates coach Josef Zinnbauer has cautiously suggested his team is on track for success having reached the Caf Confederation Cup with a third-placed league finish last season‚ and their first cup final already in 2020-21.

The German refused to be drawn into saying his team are nearing what he wants from them even after a 5-0 aggregate MTN8 semifinal victory against Kaizer Chiefs was confirmed with Sunday’s 2-0 second-leg win.

Zinnbauer labelled Pirates’ start to 2020-21 — they have beaten Chiefs and Cape Town City in the MTN8 and drawn two games and won one in the Premiership — as “not the best” but also “not bad”.

Pirates, who finished third in the league last season and qualified for the Confederation Cup after wallowing in seventh spot when Zinnbauer arrived in December, meet Bloemfontein Celtic in the MTN8 final on December 12.

“Last season it was important that we fight for third place‚” Zinnbauer said. “But we said it before, this was a season where we improved the squad in different positions and different tactical aspects. And now we are in Caf. We fought for third place and got it. It was very good for us. And now‚ I think it’s not the best start‚ what we have done now [in 2020-21]. But it’s not bad.

“As Orlando Pirates, you fight for all games. All the clubs want to win against us or Chiefs or Sundowns.

“Important for us is that we improve the new players who have come in‚ and we find each other in good positioning. And then you have a chance that you can get good results.

“But yes‚ the end to the last season was good‚ and the start [to this season] was not top‚ but we have a good place in the table‚ two points from the top‚ and we fight for the next games.”

With this week a Fifa international date‚ Pirates next meet SuperSport United in the league at Orlando Stadium on November 21.

PODCAST | From Jozi to Dar es Salaam, Senzo is the man!

Molefi Ntseki says SA will need his experience, even though he plays in a lower division in England
Sport
10 months ago