Molefi Ntseki says SA will need his experience, even though he plays in a lower division in England 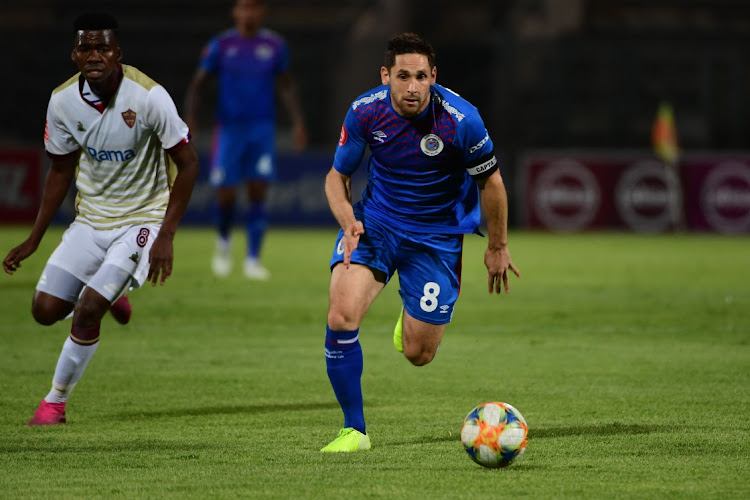 Former Bafana captain Furman plays for Nelson Mandela Baya division, which some have likened to the SAB regional league in SA.

“I think when it comes to that [the selection of Furman] we must look at ourselves through a mirror to say ‘are we as a country producing players that are playing in top leagues in Europe?’‚” Ntseki explained.

Furman left SA before the end of last season citing family commitments as the main reason for his departure after spending close to five years with Supersport United.

“If immediately you don’t get any of such players you’ll always go to the other countries that are not in the top five leagues in the world or in Europe‚” Ntseki said.

“If you look at our team‚ all our players for the past five years or so are not in the top five leagues in the world.

“Maybe they’re in the bottom five in terms of the top 10. So in understanding our players and the quality we have in the country‚ we have players coming from France, and France is not in the top five.

“We had players from England like [Kamohelo] Mokotjo who was playing for Brentford FC in the Championship League [second-tier last season before he moved to FC Cincinnati in the US]. He was not playing in the EPL [English Premiership].

“We had Bongani Zungu playing in France‚ we had Lebo Phiri playing [for Guingamp] in League 2‚ which is a lower league in France.”

Ntseki reminded observers that when Furman played the first of his 54 matches for Bafana on September 7 2012‚ he was registered with Doncaster Rovers in League One in England.

“Since Furman came to SA he played in the Premier Soccer League and he’s been a regular performer for Bafana Bafana.

“And this is a Dean Furman who left the country last season.

“Are we now saying Dean Furman, who played regularly for SuperSport‚ who won trophies for SuperSport and who has got so many caps for Bafana, now all of a sudden when he goes to England and joins a team in the lower division is no longer the quality that we’re looking for?”

Ntseki said Bafana will need the experience of the likes of Furman‚ Mokotjo‚ Itumeleng Khune and Zungu in the two qualifiers against Sao Tome.

Bafana are in camp in Durban ahead of the first of the two qualifiers at the Moses Mabhida Stadium on Friday. They will then travel to Port Elizabeth to face the same opposition at the Nelson Mandela Bay Stadium on Monday.

Ghana host to Sudan on Thursday in the first of the third-round ties. The Group C leaders are three points ahead of both Bafana and Sudan after winning their two opening matches.

Only the two top teams in the 12 groups will qualify for the continental showpiece in Cameroon in January 2022.